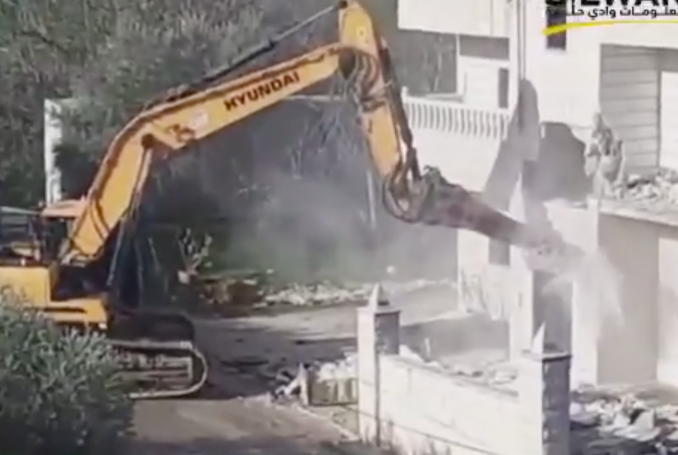 The strike saw the closure of local shops and stores in the neighborhood, where the Israeli occupation authorities want to demolish 800 Palestinian houses.

Ibrahim Bisher, the owner of one of the houses slated for demolition, said that the strike was held to voice rejection of Israel’s policy of systematic demolitions of Palestinian houses and forced expulsion in contract to illegal settlement expansion.

Tariq Owaisat, a member of the Follow-up Committee in Jabal Al-Mukaber, said the municipality wants to destroy the homes to make way for a mall and 500 new settlement units.

Owaisat warned that the Israeli plan threatens hundreds of Palestinian families, and that the occupation municipality in Jerusalem is acting like a “gangster under the protection of the Israeli government.