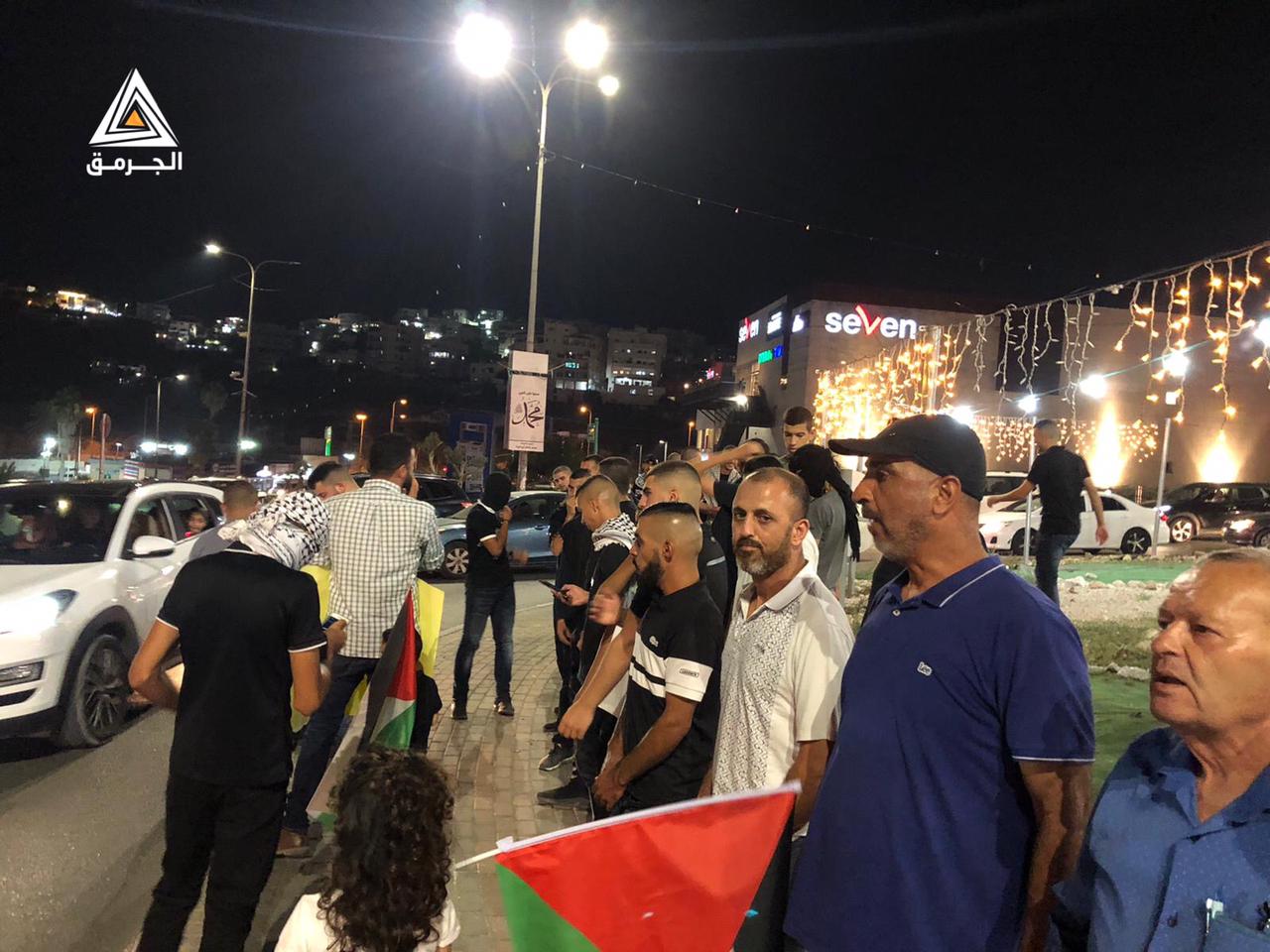 Occupied Jerusalem – Dozens of Palestinians have held a vigil on Sunday evening in Umm al-Fahm town in Israeli-occupied territories in protest against Israeli settlers’ provocations and raids of the Al-Aqsa Mosque today.

More than 1500 Israeli settlers raided the courtyards of the mosque on Sunday under the occupation forces protection, who have violently attacked, beaten and detained Palestinian youths and women in the mosque.