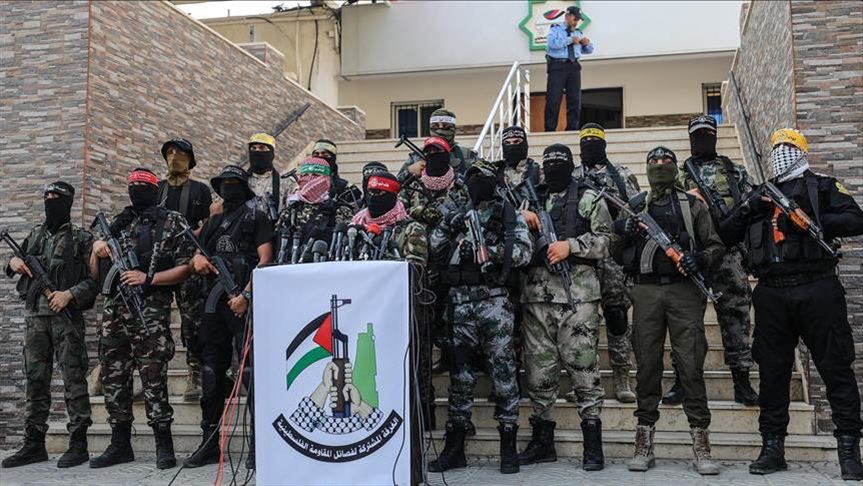 Palestinian resistance groups have urged Israel to avoid any conspiracies against Jerusalem al-Quds and the city’s Al-Aqsa Mosque compound, saying they stand ready to react at any moment in the face of the occupying regime’s acts of aggression and crimes.

In a statement released on Monday, the Joint Room of Palestinian Resistance Factions hailed the nation’s “heroic” fight during Operation Quds Sword.

Through unity, rapport and various means of resistance, Palestinians managed to defeat the enemy and foil its sinister schemes in al-Quds meant to impose new realities on the ground by the forced displacement and arrest of the Palestinian people as well as the temporal and spatial division of the al-Aqsa Mosque, it said.

“The Zionist enemy was completely wrong in it calculations as it thought that the conditions were ripe for advancing such ill-considered plans and that it had now a golden opportunity to attack the sanctities and principles of the Palestinian nation. However, it faced a decisive and strong reaction,” the statement read.

“The resistance, which had strengthened itself over the past years to defend al-Quds and endured the siege and pressure in this way, did not remain silent and acted as the best supporter for the uprising of the residents of al-Quds and the West Bank. The inhabitants of the 1948 occupied territories and the general public also joined them and shattered the enemy’s equations. They made it clear that al-Aqsa has heroes who will defend the mosque and the al- Quds’ sanctities under any circumstances. Finally, the enemy was defeated and forced to stop its acts of aggression,” it added.

Tel Aviv launched the bombing campaign against Gaza on May 10, after Palestinians retaliated against violent raids on worshipers at the al-Aqsa Mosque and the regime’s plans to force a number of Palestinian families out of their homes at Sheikh Jarrah neighborhood of East Jerusalem al-Quds.

Apparently caught off guard by unprecedented rocket barrages from Gaza, Israel announced a unilateral ceasefire on May 21, which Palestinian resistance movements accepted with Egyptian mediation.

Israelis were expected to attend a right-wing parade in al-Quds’ Old City set for Thursday. However, the organizers said they had decided to cancel the so-called Flag March after Israeli police announced they would not allow the rally to pass through the OId City’s Muslim Quarter, citing security concerns.

The Gaza-based Hamas resistance movement, which has already warned against the controversial march, hailed the decision as a “new defeat for Israel” that solidifies “the equation that al-Quds is a red line.”

Elsewhere in its statement, the Joint Room of Palestinian Resistance Factions commented on the cancellation of the parade, saying resistance commanders are closely monitoring Israel’s behavior in the al-Quds.

If the enemy returns to the same situation before the 11-day Gaza flare-up, the commanders will enter the ground and will never allow the Tel Aviv regime to export its domestic crises to the Palestinian people, it added.

“We appreciate the resistance and stability of the Palestinian people everywhere. This nation is able to bring destruction to the Zionist enemy’s plans to destroy the Palestine issue,” the statement read.

“We call on the Palestinian people in al-Quds, the West Bank, and the 1948 occupied territories to confront the Israeli occupiers in any way possible and prevent the implementation of the regime’s Judaization and settlement schemes in the occupied lands. We also emphasize that the resistance is ready to defend them at the appropriate time.”