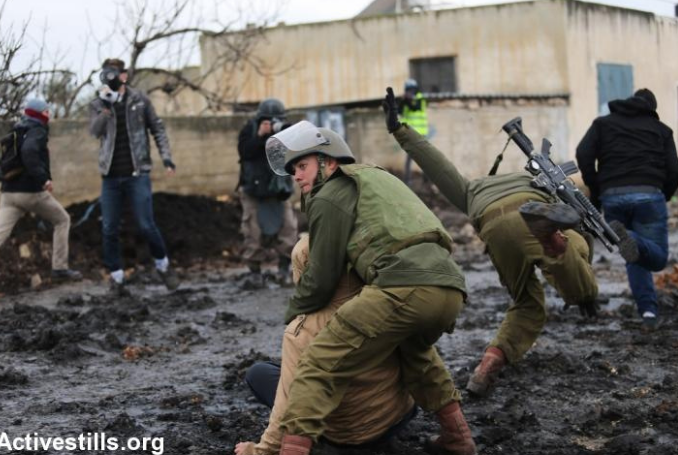 PCHR said in a press statement released on Wednesday that it testified before the United Nations Special Committee to Investigate Israeli Practices Affecting Human Rights of Palestinian People and Other Arabs of Territories Occupied in 1967.

PCHR elaborated that its testimony reviewed the violations committed by the Israeli Occupation Forces (IOF) against the Palestinian people and the ongoing deterioration of the human rights situation and international humanitarian law in occupied Palestinian territory (oPt).

It went on to say that it particularly shed the light on the living conditions of Palestinian prisoners in the Israeli jails, as at least 4600 prisoners, including 172 children and 31 women, suffer cruel, inhuman and degrading living conditions in Israeli prisons in addition to solitary confinement in cells and an administrative detention policy against 682 Palestinian prisoners, who are deprived of family visits.

As part of its testimony, PCHR reviewed the deterioration of health conditions particularly in light of the outbreak of coronavirus among prisoners and precautionary measures not taken to curb the outbreak of the virus as well as the medical negligence policy against prisoners that resulted in the death of dozens of prisoners.

“This policy constitutes a collective punishment measure against the civilian population and violation of many rights, including the right to health.”

During its intervention, PCHR urged the international community to hold its moral and legal responsibilities and seek redress for victims.

The Committee’s visit came to view the catastrophic conditions of the Palestinian people by listening to victims, eyewitnesses, representatives of civil society organizations and others, to conclude a report that will be later filed to the United Nations General Assembly (UNGA) in its 77th session.