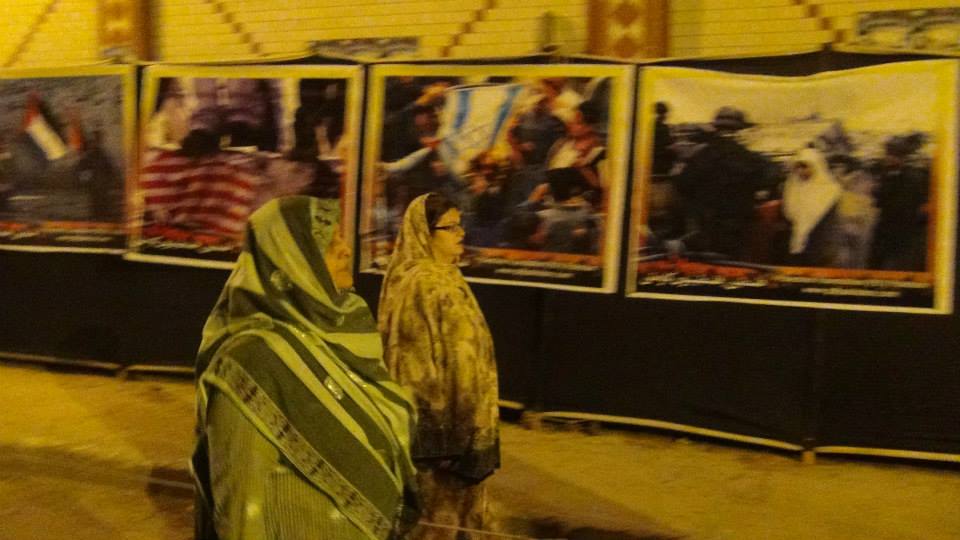 A pictorial exhibition was held under the aegis of Palestine Foundation of Pakistan outside Masjid Mehfil-e-Murtaza (AS) in PECH Society.

Life size pictures of oppressed Palestinians and the Zionist aggressors were also on display at the exhibition.
Hundreds of people including male and female students visited the camp of exhibition and expressed their support to the PLF and its theme.
Speaking to the reporters at the exhibition camp, Sabir Karbalai, secretary general of the PLF said that exhibitions are being held to create awareness among Pakistanis about the plights of Palestinians they suffered at the hands of Zionist Israelis.
“The aim of the exhibition is to mobilize public opinion against the Zionists’ heinous crimes they are perpetrating against humanity in Palestine,” he said.
Related Topics: