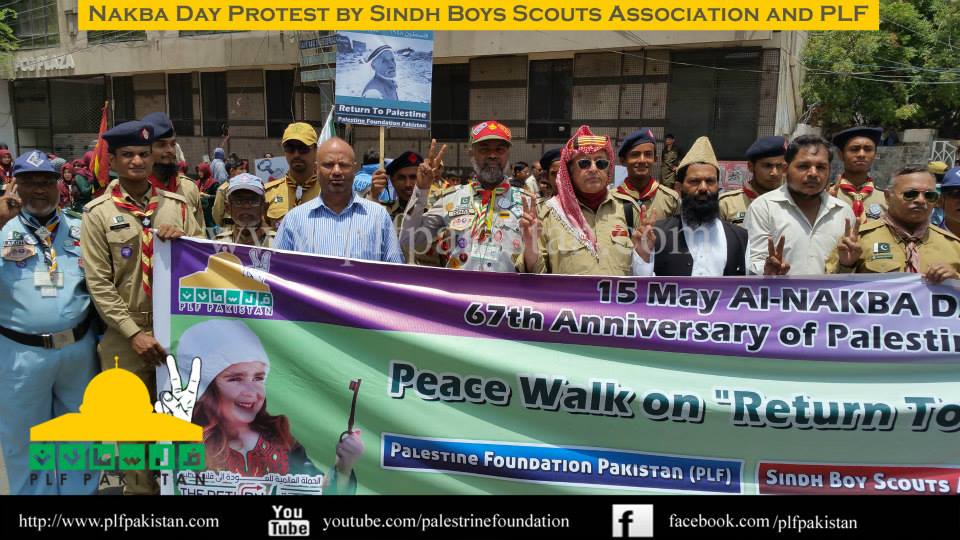 In Peace Walk, The girl’s scouts group of Nasaran Scouts Musical band gets the attentions Of Marchers through their excellent performance by performing the national anthem and other national songs. The participants in the walk who belongs from all walks of life including children carrying the placards and banners inscribed the anti-Israel slogans, “Down with Israel”, “We want free Palestine”, “Stop Genocide of Palestinians”, and others demanding the United Nation to assure the peaceful return of Palestinians to their homes.

The leaders and representatives in their address to the “Peace-Walk” condemned the Zionist Israel aggression on oppressed people of Palestine. They demanded of the United Nation and World Community to stop the Zionist settlement in Palestine and start the process of peaceful return of Palestinians to their homeland.
They appealed the Government of Pakistan to announce to observe the “Nakkba Day” the day on 15th May on National Level to highlight the issue of return of Palestine at International Level.