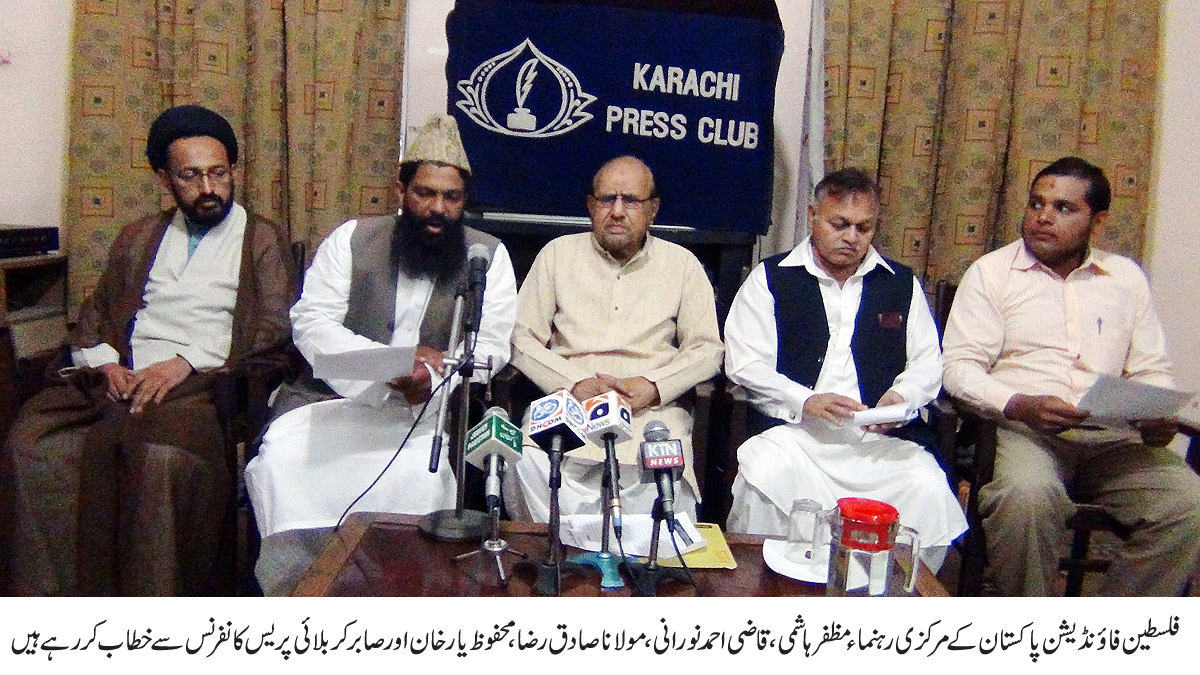 Palestine Foundation of Pakistan has appealed to Pakistani nation to observe Palestine Land Day on Saturday to express solidarity with the Palestinians.
The PLF spokesman Sabir Karbalai has issued a statement on Friday in which he said that the PLF would hold special programmes to commemorate the anniversary of Palestinians Land Day.
He said that on 30 March 1976, thousands of Palestinians who are living in those parts of Palestine which was occupied and named as Israel, gathered to protest Zionist Israeli regime’s plans to expropriate 60,000 dunams of Arab-owned land in the Galilee.
In the resulting confrontations with Zionist Israeli police, 6 Palestinians were martyred, hundreds wounded, and hundreds jailed. In the intervening years, those events have become consecrated in the Palestinian memory as Land Day.
After years of military rule and political docility, Land Day 1976 was the first act of mass resistance by the Palestinians inside areas now called Israel against the Zionist policy of internal colonialisation, a systematic process of expropriation that had reduced Palestinian land ownership from around 94 per cent of all territory in pre-1948 Palestine to less than three per cent in what is now considered to be Israel.
Related Topics: