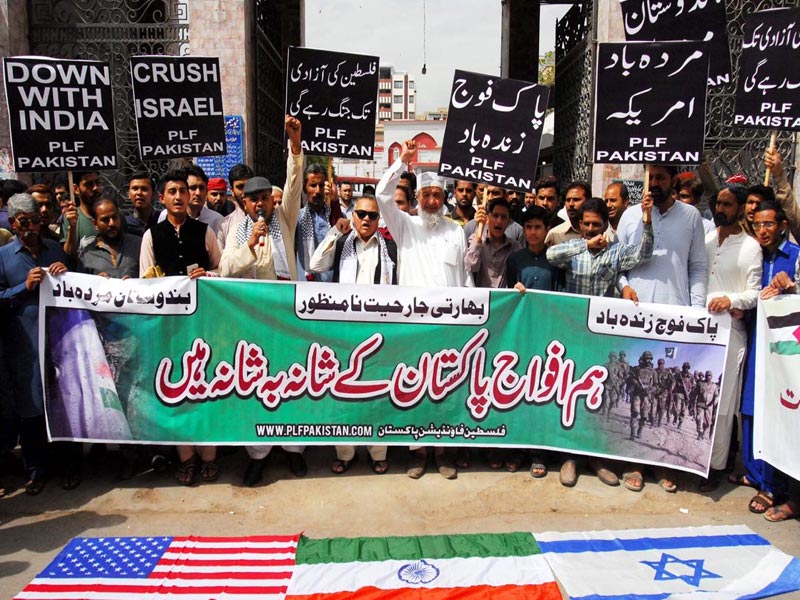 Central protest demonstration by PLF occurred in front of New Memon Mosque on Friday after prayers. Hundreds of citizens participated in protest and they raised banners and pla cards in the hands on which slogans against Indian aggression, Down with America, death to Israel, Down with India, we will continue support for freedom of occupied Kashmir, Palestine is the homeland of Palestinians.

They also chanted slogans against Israel-Indian nexus against Pakistan and supervision of United States of America to destabilize Pakistan. They burned American, Zionist’s and Indian flags to show their anger.

Speakers demanded that India should be strictly punished for continued aggression against Pakistan and occupied Kashmir. Speakers on this occasion appeal to the whole nation that taking steps to keep the moral high and up for Pakistan’s Armed Forces and keep unity in their ranks.