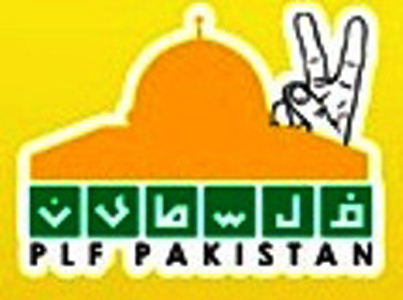 Principal leaders of Palestine Foundation Pakistan said that there was a time when the whole Islamic world got united and stood up against the Jewish extremists’ attack on the first Qibla and Islamic Summit Conference was also established as a result but today, the whole Muslim Ummah is dead asleep and Jewish enemies of Islam and humanity have been killing Palestinians and insulting Allah’s laws and principles has become their habit. The leaders of Palestine Foundation Pakistan has appealed to leaders of religious and political parties to unite against the brutal attack on Masjid e Aqsa and will present an example and give a message for the whole Islamic world. They also demanded the government of Pakistan to call the All-Parties Conference for the defense of Masjid e Aqsa that is not only the first Qibla of Muslims but also the third most important and most sacred place of Islamic world. They also demanded that the international conference for the defense of Qibal e awal should also be called. They appealed to the Muslim world to protest in the whole world against the extremist actions and specifically against the insult of Masjid e Aqsa.