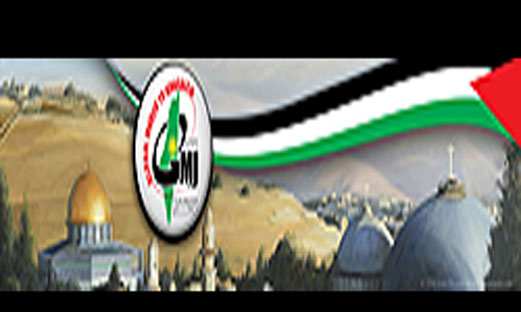 A two-day conference of the international committee for the “Global March to Jerusalem” opened in Amman on Sunday. Members of both the executive and central committees of the march, representing more than 60 countries, were present.The head of the Jordanian committee taking part in the meeting, Abdullah Obeidat, said that trades unions and opposition parties decided to support the march and participate in defence of the holy city and Palestinian families in the occupied territories. “This is a global, peaceful protest with the aim of bringing about an end to Israel’s occupation and fighting racism in occupied Palestine,” he said.According to the Coordinator-General and Head of the Executive Committee of the Global March to Jerusalem, Dr. Rabhey Halloum, the conference will be discussing practical aspects of the march in addition to the events which will be held in various capitals of the world to coincide with Palestinian Land Day, on 30th March. Marches to the border of occupied Palestine are planned in neighbouring countries. Dr. Halloum added that simultaneous protests and demonstrations will take place in front of Israeli embassies around the world expressing rejection of the occupation and its policies and practices in Jerusalem and the occupied Palestinian territories.The conference will produce a Universal Declaration to be signed by 150 world figures, including South Africa’s noted champion of human rights Archbishop Desmond Tutu; the former President of Malaysia, Mahathir Mohammed; the Bishop of Jerusalem, Atallah Hanna; the President of the Islamic movement in the 1948-occupied Palestinian territories, Sheikh Raed Salah; the internationally renowned intellectual and thinker, Noam Chomsky; and other prominent campaigners.The declaration will stress that the city of Jerusalem has political, cultural and religious importance for the Palestinians and all of humanity. It will also call for the protection of the holy places and archaeological sites, and describe any change that is being made to the identities of such places by Israel as “a crime against humanity”.