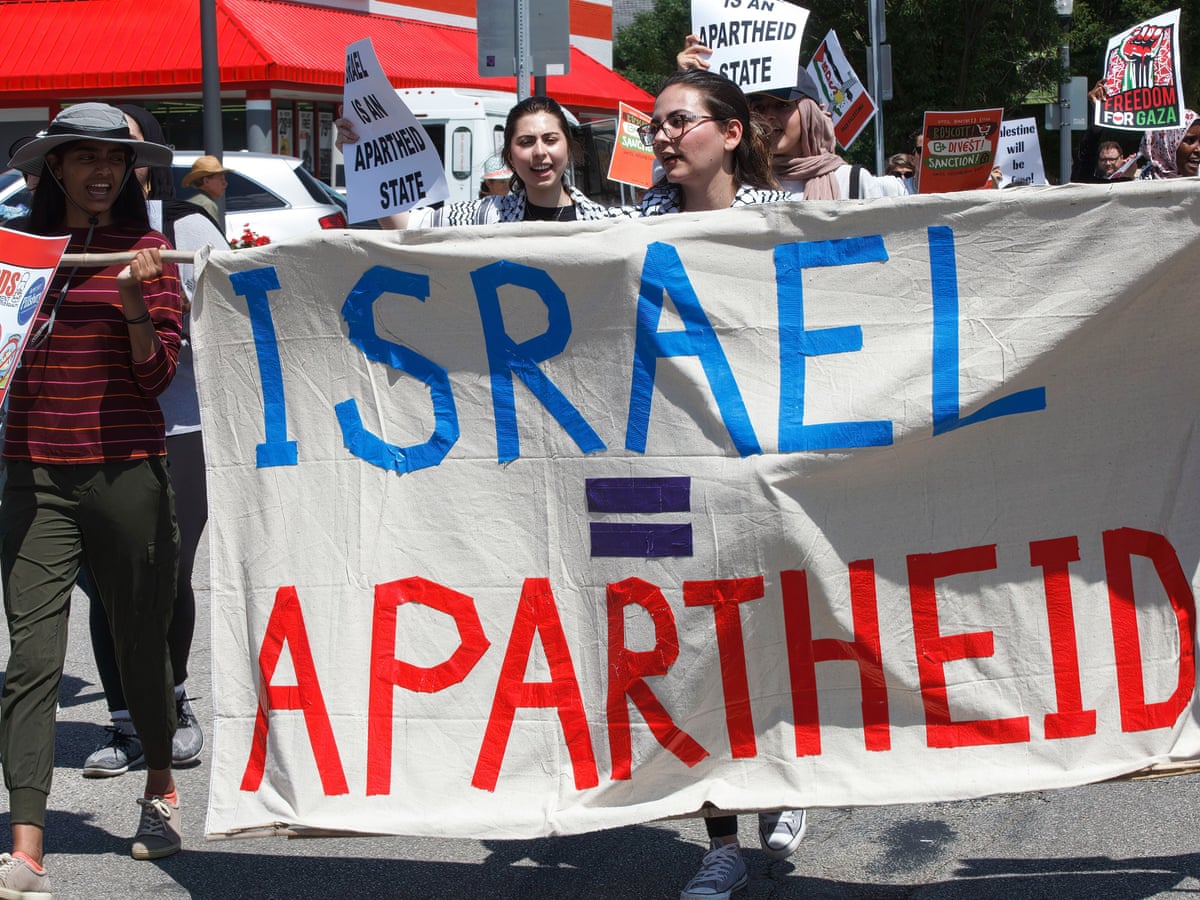 Louisville – The Presbyterian Church of the United States of America approved lately a resolution stated that “Israel’s Laws, Policies, and Practices Constitute Apartheid Against the Palestinian People.”

On July 8, the 1.1 million member denomination’s general assembly voted 266-to-116 on a resolution that stated: “Israel’s laws, policies, and practices constitute apartheid against the Palestinian people.”

It also voted to add May 15 to the church calendar as a day of mourning the displacement of Palestinians in 1948 when ‘Israel’ was created. The commemoration is often called by Palestinians as the Nakba, or catastrophe.

The resolution describes several ways that the Israeli occupation government meets the international definition of apartheid: the establishment of two sets of laws, one benefiting Israeli Jews and another oppressing the Palestinian people; the seizing of Palestinian land and water resources for Jewish-only settlements; denying the right to freedom of residence and the right to a nationality to Palestinians; and Israel’s division of the population along racial lines by the creation of separate reserves for Palestinians.

The resolution also urges “members, congregations, presbyteries, and national staff units, including the Office of Interfaith Relations, to seek appropriate ways to bring an end to Israeli apartheid.”

The Presbyterian Church (USA) is the largest Presbyterian denomination in the United States with over 1,190,000 active members at the end of 2021.

David Jones, one of the authors of the resolution, pointed to the 28-3 vote of the church’s International Engagement Committee to pass the resolution on to the General Assembly.

He said, “Committee members read the [resolution], looked at the rationale, facts, figures and maps describing apartheid, and learned that criticism of the Israel’s government policies is not antisemitic. They are probably more educated than 98% of Americans about the facts on the ground.”

The lengthy Rationale accompanying the resolution begins by expressing “the hope [that] it will lead to a peaceful reconciliation for the people of Israel and Palestine similar to that which occurred in South Africa when apartheid was internationally acknowledged.”

Prior to the General Assembly, ten former moderators of the church—going back to 2004—issued a statement urging support of the resolution, “For the sake of the Gospel and for the sake of our sisters and brothers in Israel and Palestine.”

They cited the church’s history in the region, going back to 1823, and reminded delegates that the Presbyterian Church is the largest Protestant denomination in the Middle East, with one million Presbyterians in Egypt. “Your vote in favor,” they wrote, “will give hope to our sisters & brother in Christ in the region.”

Asked about those who voted “No” on the resolution—those who hesitate to use the word apartheid out of concern for the church’s interfaith conversations and members’ relationships with Jewish colleagues and friends— Jones, said, “The fear of being labelled as antisemitic is real for most Christians, and there has been a constant push by Zionist groups to conflate the criticism of the state of Israel’s polices with being antisemitic or anti-Israel.”

“Still,” he said, “healthy interfaith relationships are built on speaking the truth about all social justice issues.”

In his reflection on Martin Luther King Jr. Day, Stated Clerk Herbert Nelson II said, “The continued occupation in Palestine/Israel is 21st-century slavery and should be abolished immediately.”

In 2014, the denomination voted to divest from three companies that it says supply ‘Israel’ with equipment used in the occupation of Palestinian territory. That same year, its Israel/Palestine Mission Network published “Zionism Unsettled,” a study guide calling Zionism — the movement undergirding the founding of Israel as a Jewish homeland — a “pathology” and “a doctrine that promotes death rather than life.”

The denomination, meeting June 18 to July 9 in Louisville and online, also passed resolutions to divest from five oil companies and to oppose any attempt to reduce, limit or eliminate access to abortion.

The Presbyterian Church resolution had been proposed in 2020 but because of the coronavirus pandemic was delayed.