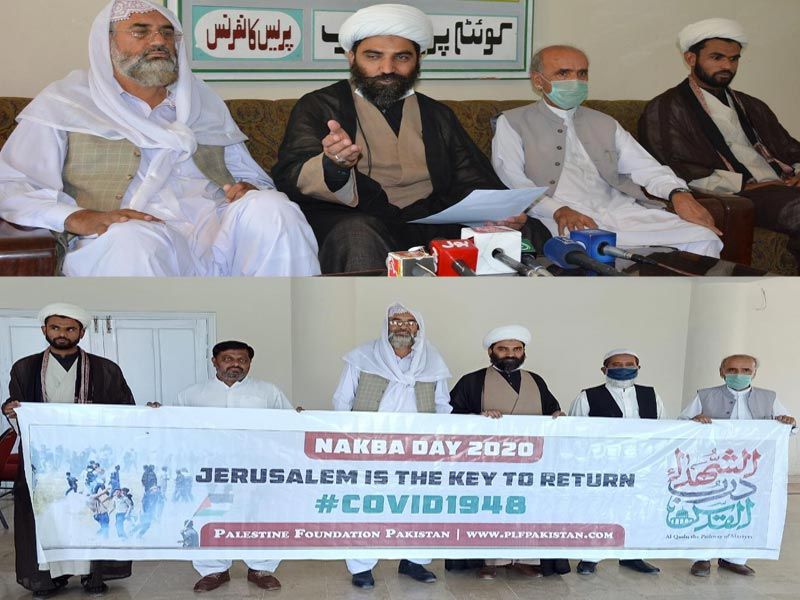 Quetta(PNIC) Israel is the most dangerous coronavirus in the world since 1948. In the current situation, both the corona virus and the Israeli corona virus are a threat to humanity. Palestine Foundation Pakistan Balochistan Chpater’s leaders addressed a joint press conference on Tuesday at Quetta Press Club.

On the occasion of Al-Quds Day, the people should join the Al-Quds Day by waving the flags of Pakistan and Palestine from the roofs and windows of their houses to express their solidarity with oppressed people of Palestine. They said

#Covid1948 campaign will be launched on social media across the country on the occasion of Nakba Day, the day of the establishment of the usurper Israel. On last Friday of Ramadan, will be observe as International Quds Day. They added

On this occasion, we salute the sons of Balochistan those were martyred during the commemoration of Quds Day in 2010 at Quetta blast. The pure blood of these martyrs will bring color and, God willing, Jerusalem and Palestine will be free. They said.