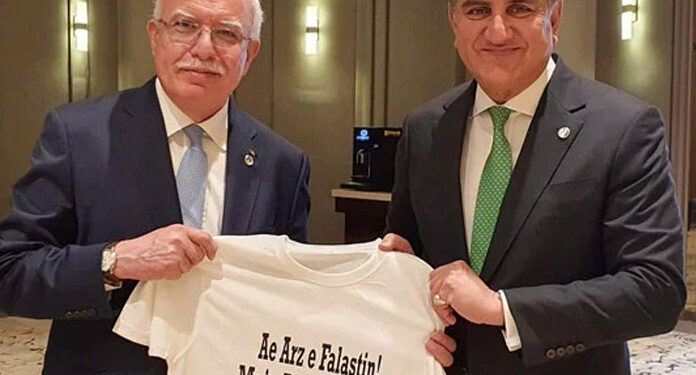 ANTALYA (Turkey): Foreign Minister Shah Mehmood Qureshi Friday expressed Pakistan’s unwavering support for the Palestinian cause and underscored the importance of a two-state solution, based on pre-1967 borders under the relevant UNSC resolutions for sustainable peace in the region.

In a meeting with Palestinian Foreign Minister Dr Riyad Al Maliki on the sidelines of Antalya diplomacy in Turkey, Qureshi strongly condemned the latest Israeli strikes against Gaza after the recent ceasefire.

Foreign Minister Maliki briefed Qureshi on the latest situation in Palestinian occupied territories. He also conveyed deep appreciation on behalf of the Palestinian president and people of Palestine to the Pak foreign minister for proactively taking up the case of Palestine at the UN General Assembly during the recent Israeli aggression against Gaza.

Both foreign ministers exchanged views on rising Islamophobia and agreed on the need for evolving a joint strategy to counter discrimination against all religious faiths, particularly against Muslims. FM Qureshi also extended an invitation to his Palestinian counterpart Maliki to visit Pakistan, which he accepted.