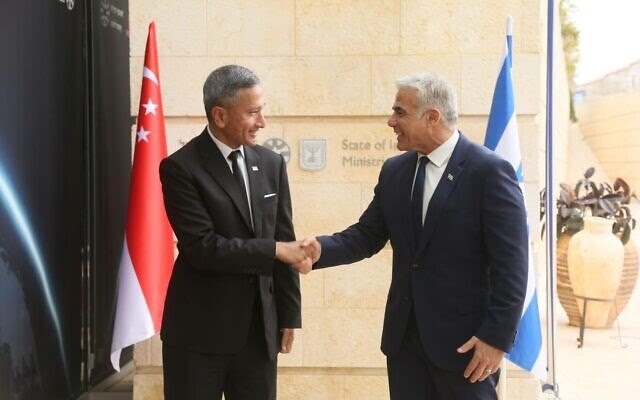 Singapore (QNN)- Singapore will open an embassy in ‘Israel’, more than a half century after the two countries established diplomatic ties in 1965.

“I congratulate the Singaporean government’s decision to open an embassy in Israel,” Lapid said.

They did not provide a timeline for when the mission will open, however.

‘Israel’ and Singapore have had diplomatic relations since 1965.

The Israeli occupation already operates an embassy in Singapore.