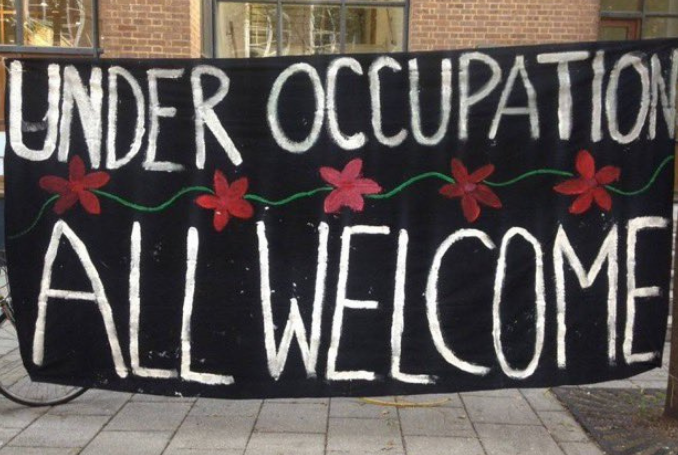 The School of Oriental and African Studies (SOAS) University has forcibly removed students who were occupying university premises in protest over the London-based university’s ties with Israel’s University of Haifa, The New Arab reported on Friday.

The student demonstration was undertaken on February 23 by a number of societies – each of whom had been protesting for their own demands to be met by the university – as the protesters occupied the management wing of the university building.

The university’s Palestine Society demanded a boycott of Haifa University and for SOAS to cut ties with a “settler-colonial state”.

The university confirmed to The New Arab on Friday that “bailiffs removed the protesting [students] from the Main Building without injury or incident”, adding that “the [protesters] were given the opportunity to leave of their own accord and 10 were escorted out”.

SOAS is currently partnered with Haifa University – which provides academic training to Israeli army personnel – for a year abroad program, in which students can study Modern Hebrew.

The university’s Palestine Society says the partnership is “insulting” to many students, with SOAS “[maintaining] material ties to a settler-colonial state”.

“Through the Haifa University contract, not only is SOAS complicit in the settler-colonial and apartheid practices of the Israeli state but [it] is also actively involved in sending its students to a militarized zone,” SOAS Palestine Society said in a statement to The New Arab on Thursday.

“The student occupiers demand that the institution respects the call from Palestinian civil society for BDS by applying this directly to SOAS’ partnership with Haifa University and committing to an academic boycott,” the statement continued.

The society’s statement also said the university’s management “abused students physically and emotionally” during the student occupation, stating protesters had been “refused access to the toilets” unless they agreed to leave.

The University of Haifa was awarded in 2018 the first-ever tender established by Israel’s ministry of defense, allowing it to be the first college to grant degrees to Israeli military officers.