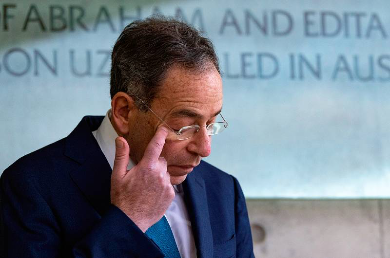 Washington – The US ambassador to ‘Israel’, Tom Nides, reiterated on Tuesday his anti-settlement stance, calling settlements as “stupid things.”

Nides said, “We can’t do stupid things that impede us for a two-state solution.”

His remarks were during a virtual event with the left-wing group Americans for Peace Now on Tuesday.

“We can’t have the Israelis doing settlement growth in east Jerusalem or the West Bank.”

“I’m a bit of a nag on this, including the idea of settlement growth – which infuriates me, when they do things – just infuriates the situation, both in east Jerusalem and the West Bank.”

Nides also added that he “would be lying” if he said that it was possible to avert “every single house that is built.”

“I can’t stop everything, just so we are clear.”

The US envoy explained that he has to pick and choose his battles.

He stated that he had fought to prevent the advancement of 3,500 housing units in E1 of the West Bank.

Construction of E1 would be a “disaster,” Nides said.

“It is a very important area which if [built] could cut off any possibility of a capital for the Palestinians.”

The envoy also repeated the Biden administration’s pledge that it would reopen the Jerusalem Consulate General.

However, he noted that ‘Israel’ has “aggressively opposed it,” while the PA has desired the resumption of that mission.

He cautioned that both the Israelis and the PA “have made way too big a deal over this.”