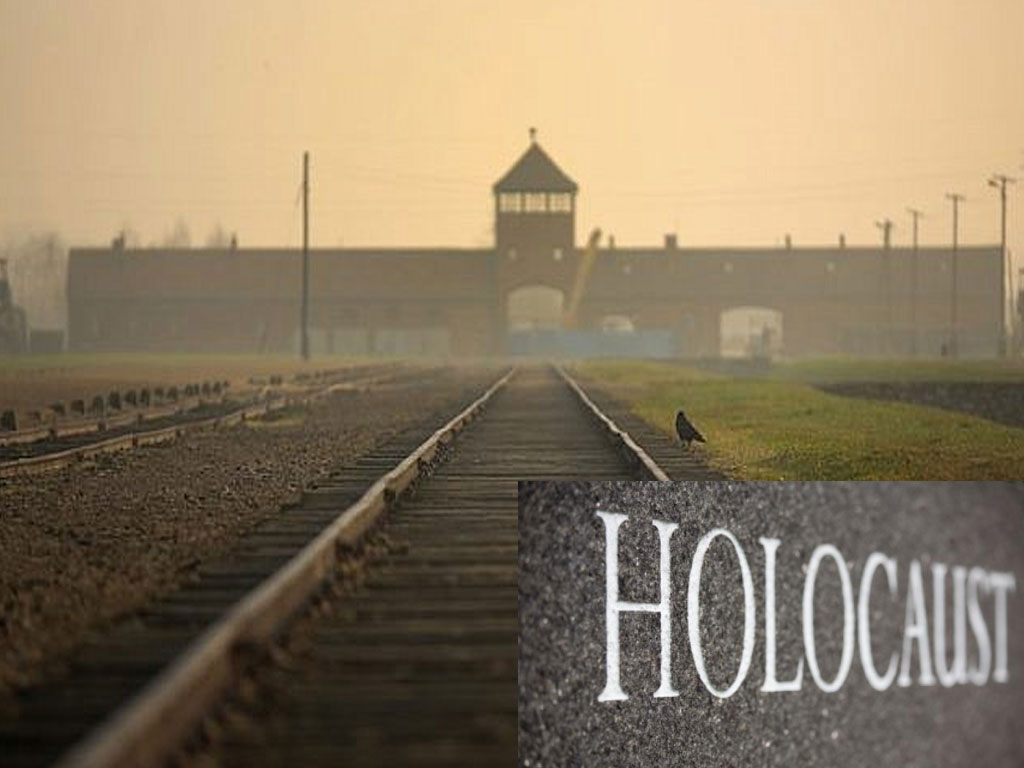 The Holocaust refers to the ideology of the Zionists based on which the Zionists have unsuccessfully tried to justify their illegal immigration to the Palestinian land and their occupation of Palestine.

This Holocaust Zionist class strongly propagates that the worst atrocities were committed against the Jews in Germany and that during the Hitler era, the Jews were locked in gas chambers and put to death.

Some thinkers and experts of history saying that, no such atrocities were committed, but during the war, just as people are affected by wars and become the fuel of war, so jews were affected too, because they were settled in Germany, and during the war conditions, the Jews suffered loss of life.

To explain in simple words, I say that on one side there is the ideology of Zionists and on the other hand there is rejection of this ideology among the nations of the world. Even some thinkers and historians have called the Holocaust a myth and justified this myth as a weapon for the Jews, on the basis of which the Zionists established a state called Israel on Palestine in the name of the Jews.

However, before entering into the actual discussion, it is also very important to clarify that if there is indeed truth to the Zionist claim of the Holocaust, it must be acknowledged for a moment that everything that the Zionists have said about the Holocaust is false. If something is true, then it is beyond comprehension to take the death of all these sins and atrocities as the illegal establishment of Israel on Palestine and then expel the original inhabitants of Palestine from their own homeland and so on. For more than 75 years, all the atrocities on the Palestinian people that the Zionists themselves admit to themselves on behalf of Germany is continue. Is it a matter of justice that if Jews were targeted in Germany so they can punish Palestinians?

The Zionists have put pressure on Western governments to ensure that no one in the Western world will talk about the Holocaust. Today, all sciences and social problems are researched in universities around the world, but in the western world, if research is prevented on any subject, then it is the subject of the Holocaust.

Not only in the western world, it is prevented. On the other hand, those who started the topic of Holocaust have to suffer from severe torture and have to face many problems. In the same way, in any corner of the world, if there is a discussion about the Holocaust or an attempt is made to do any research, the Zionist lobby, with the help of the Western governments, directly and indirectly affects this matter in one way or another.

Western society is a society that has created an impression in the world that it has more human rights, freedom of expression and other rights than other countries in the world.

Although the actual shape of Western society is goes the opposite. The governments of the western world, especially the United States, are at the forefront of violating human rights in the world. In the same way, the black mark on the forehead of the British government to create Israel by bringing occupying Zionists to Palestine is still visible today. There is a similar situation in other countries of Europe. Every European country in one way or another, together with the United States and Great Britain, is in the lead in denying the rights of the people of other governments and countries.

The second weapon used by the governments of the western world after human rights is freedom of expression.

Although freedom of expression is a good thing, every person should be given the right to express their thoughts. So that people with different personalities in societies can be aware of each other’s thoughts and gain experiences. But the Western world and its Governments have always used the right to freedom of expression as a weapon to use against other governments around the world.

In today’s modern world, even in Western countries, talking about the Holocaust has been made a crime. The hollow slogans of freedom of speech have died as the world is witnessing that the governments of the western world only allow the expression of what they like, but when it comes to the Holocaust, here Freedom of expression is regularly curtailed at the official level.

It is the result of the double standard of the governments of the western world that in the name of freedom of expression, other religions of the world are insulted, other nations living in the world and their religions are mocked, sacred things are insulted.

Muslims have been targeted in this matter. Every day in different countries of Europe, blasphemy of Islam, blasphemy of Quran, and I don’t know what else is allowed to be done only in the name of freedom of expression.

Although these same western societies No one is allowed to talk about the myth of the Holocaust.

A cursed person like Salman Rushdie, who not only insulted the glory of God, but also all the prophets, including Jesus (pbuh), Musa (A.S.), the completion of the divine books and verses sent by God, including the Holy Prophet Muhammad (S.A.W.) and messenger of God Gabriel (A.S.). So it is these western governments, especially the United States and Great Britain, whose rulers have given freedom of speech even to their own religious insults, but these same rulers will bubble with pain when you talk about the Holocaust.

I will continue to raise the question that talking about the Holocaust in the West is against freedom of expression, so how is it right to give shelter to those who insult the religions of the nations of the world and their sanctities?

The Holocaust is a slap in the face of the governments of the Western world, whose voice will always echo.

Now the Western governments themselves should tell their people that finally, the crime of talking about the Holocaust is to violate freedom of speech by imposing arrests and difficulties. Why is the same law of freedom of speech not applied to insulting other religions and insulting their sanctities as is applied to the crime of talking about the Holocaust? It is the enemy of other nations, but it is also responsible for the destruction of the nations of Western societies.