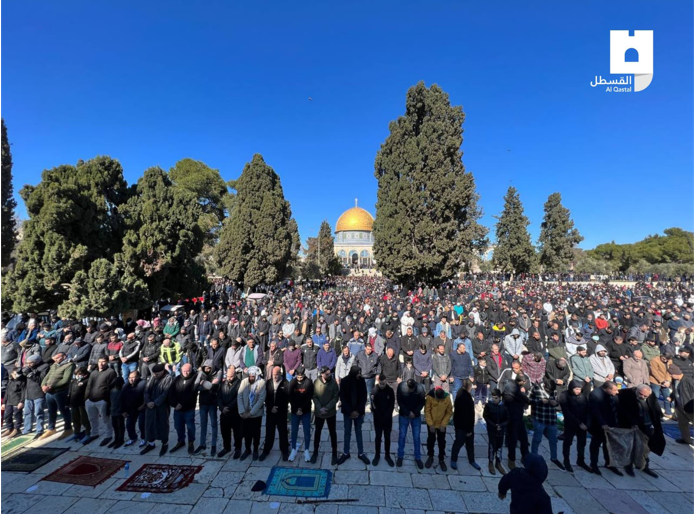 The Jerusalem Islamic Waqf said today that despite the Israeli restrictions, our people in the 1948-occupied territories and the occupied West Bank succeeded in visiting Al Aqsa mosque and performing the Friday prayer.

Earlier today, the Israeli occupation forces obstructed the movement of dozens of Palestinians heading to the Al-Aqsa mosque, searching and harassing them.

Every Friday, thousands of Palestinians stream to the Al-Aqsa mosque, the world’s third-holiest site for Muslims, to recite the Holy Quran before performing Friday prayer.

Every day of the week, the occupation forces facilitate and protect the Israeli settlers’ incursions to the mosque which has been intensively allowed by the occupation authorities since 2003, despite repeated objections and warnings by the Palestinian religious authorities as the visits provoke worshippers of the mosque.