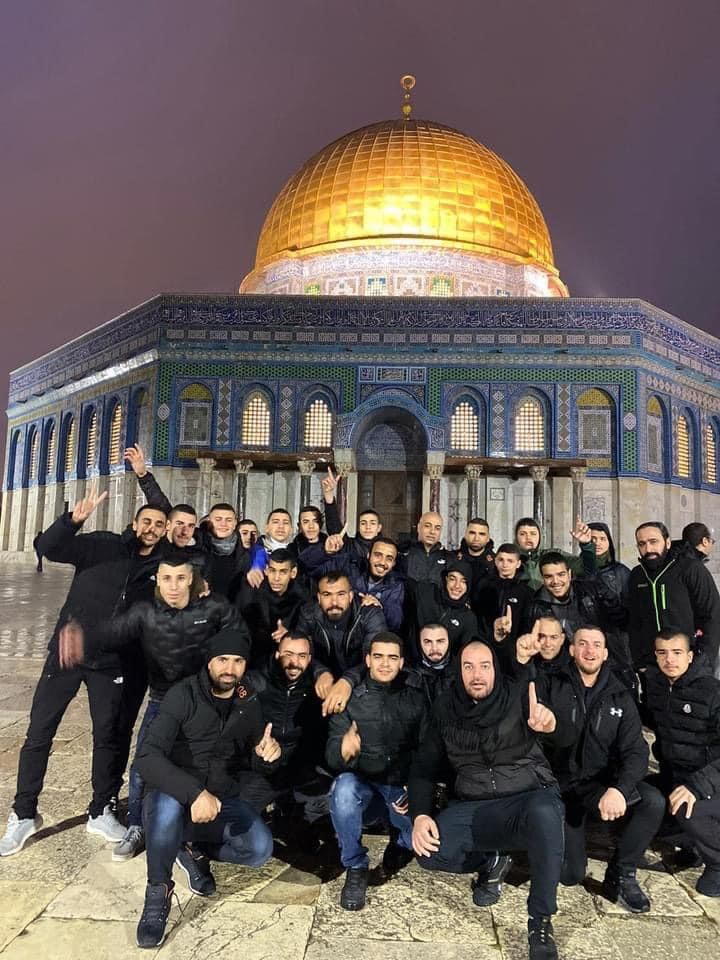 The Palestinians performed the Al-Fajr prayer with the intention of supporting the “Great Fajr” campaign to pray at the holy sites.

Then the Palestinians, including several families, gathered in the courtyards of the mosque.

They confirmed their spiritual links to the holy site and rejected the Israeli systematic Judaization policy.

However, well-armed Israeli occupation soldiers obstructed the movement of dozens of Palestinians heading to the mosque, earlier today.

They also searched them, harassed them, and confiscated their ID cards.

Moreover, the forces stopped a bus loaded with Palestinians coming from the Kafr Qasim city.

They prevented them from entering and praying at the holy site, before searching all of their ID cards and allowing them to enter.

The forces also brutally assaulted a female worshiper because she tried to take pictures for the dozens of Palestinians who were not allowed to enter to the holy site.

Israeli forces always facilitate settlers’ incursions to the mosque which has been intensively allowed by occupation authorities since 2003.

In January, 3078 extremist settlers broke into Al-Aqsa Mosque and 3,698 in February.