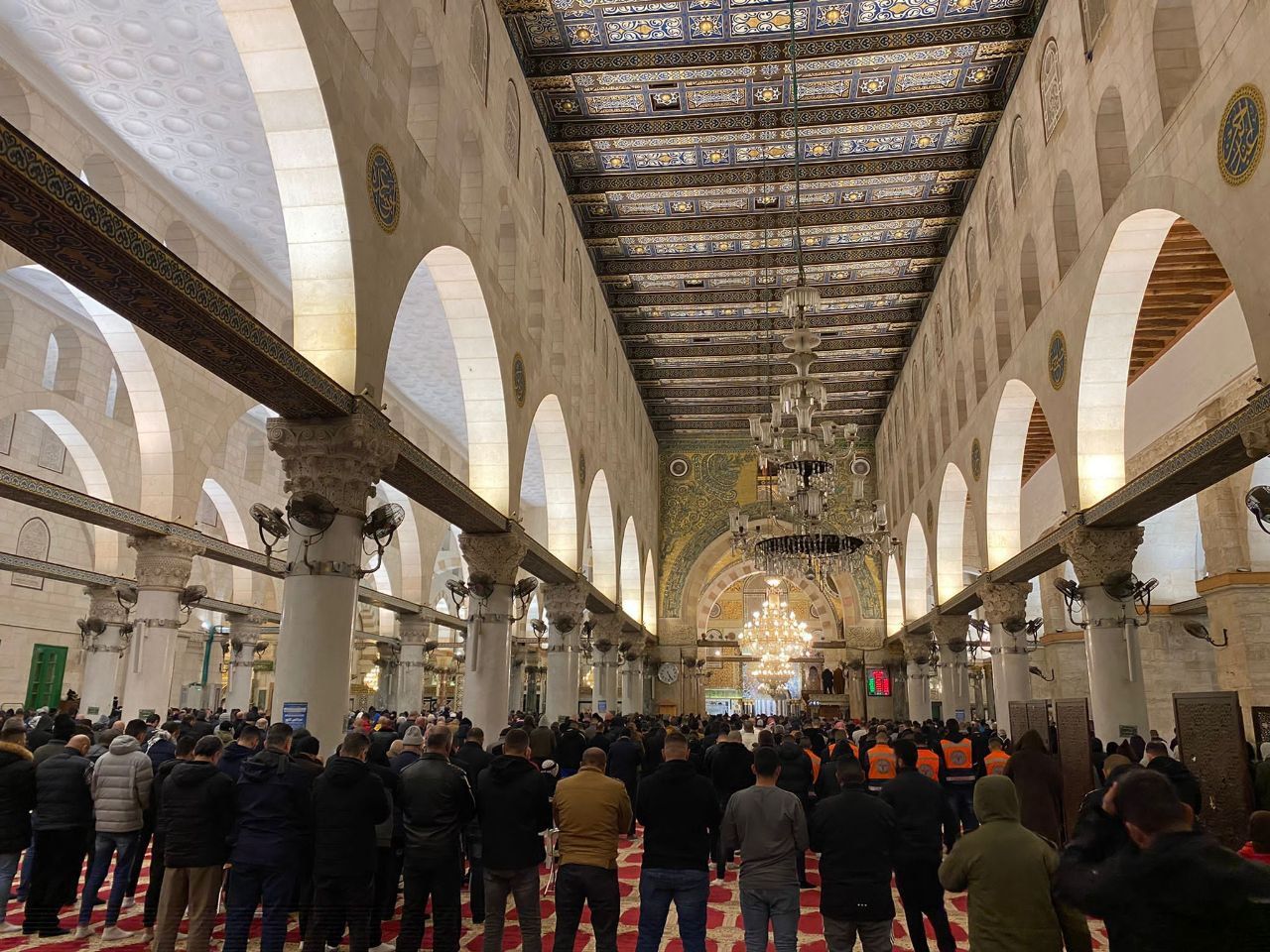 Occupied Jerusalem – Thousands of Palestinian worshipers performed at Friday dawn the Al-Fajr prayer at the Al-Aqsa Mosque in the occupied city of Jerusalem.

Despite the Israeli restrictions and cold weather conditions, thousands of Palestinians performed the Al-Fajr prayer with the intention of supporting the “Great Fajr” campaign to pray at the holy sites.

After performing the Fajr prayer, the Palestinians, including families, gathered in the courtyards of Al-Aqsa, confirming the Palestinians’ spiritual links to the holy site and rejecting the Israeli systematic Judaization policy.

Every Friday, thousands of Palestinians stream to the Al-Aqsa mosque, the world’s third-holiest site for Muslims, to recite the Holy Quran before performing the Al-Fajr prayer and also the Friday prayer.

The Israeli occupation forces always facilitate and protect the Israeli settlers’ incursions to the mosque which has been intensively allowed by the occupation authorities since 2003, despite repeated objections and warnings by the Palestinian religious authorities as the visits provoke worshippers of the mosque.