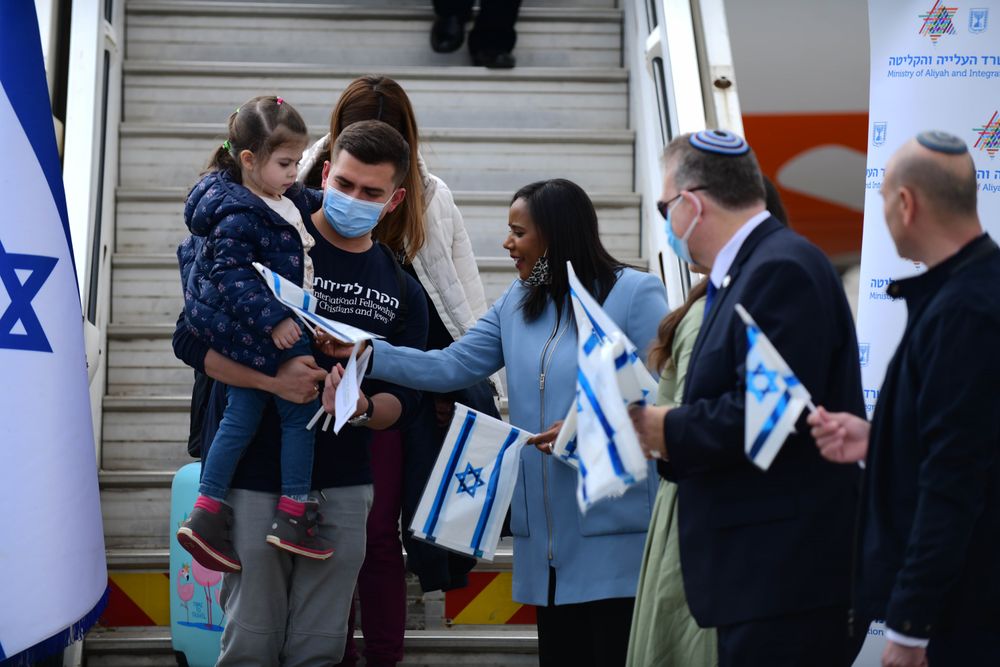 Before the beginning of the unfolding crisis in Kiev, Yishai Merling, chairman of the WZO’s Settlement Division, initiated a detailed plan a few weeks ago for establishing illegal temporary homes in large and permanent caravans for Jewish families from Ukraine who plan to make aliyah, the Jerusalem Post reported.

The Settlement Division, which plays a main role in establishing new illegal Israeli settlements in the Occupied Palestinian territories, plans to put the residential and public buildings intended for temporary absorption of families and individuals arriving from Ukraine next to or in permanent settlements.

The plan includes residential buildings of 55 square meters to 90 sq.m.

The illegal buildings will be located on the northern border, in the occupied Golan Heights, the Al-Naqab, Wadi Araba, the Valley of Springs and the Jordan Valley.

There are nearly 700,000 Israeli settlers living in 256 illegal settlements and outposts scattered across the occupied West Bank, including East Jerusalem.

A government decision is required to implement the plan.

When the government decision passes, the members of the Settlement Division are prepared for its immediate execution,” Merling said.

When Russia launched a full-scale operation in Ukraine, the Jewish Agency set up a special hotline to help those interested in leaving the country for ‘Israel’ as well as ‘Israelis’ who have relatives in Ukraine.

The hotline is being operated out of Jerusalem in conjunction with the International Fellowship of Christians and Jews (IFCJ), an organization that raises funding from evangelical Christians.

So far more than 5,000 Ukrainian Jews have called the hotline, with about half of the callers expressing interest in moving to ‘Israel’ immediately, Israeli newspaper Haaretz reported on Sunday.

Last year, a total of 3,100 Ukrainians immigrated to ‘Israel’.

An estimated 200,000 Ukrainians are eligible to immigrate to ‘Israel’ and receive automatic citizenship under the so-called “Law of Return,” according to Haaretz.

In recent decades, Ukraine and Russia have been the largest suppliers of immigrants to ‘Israel’.