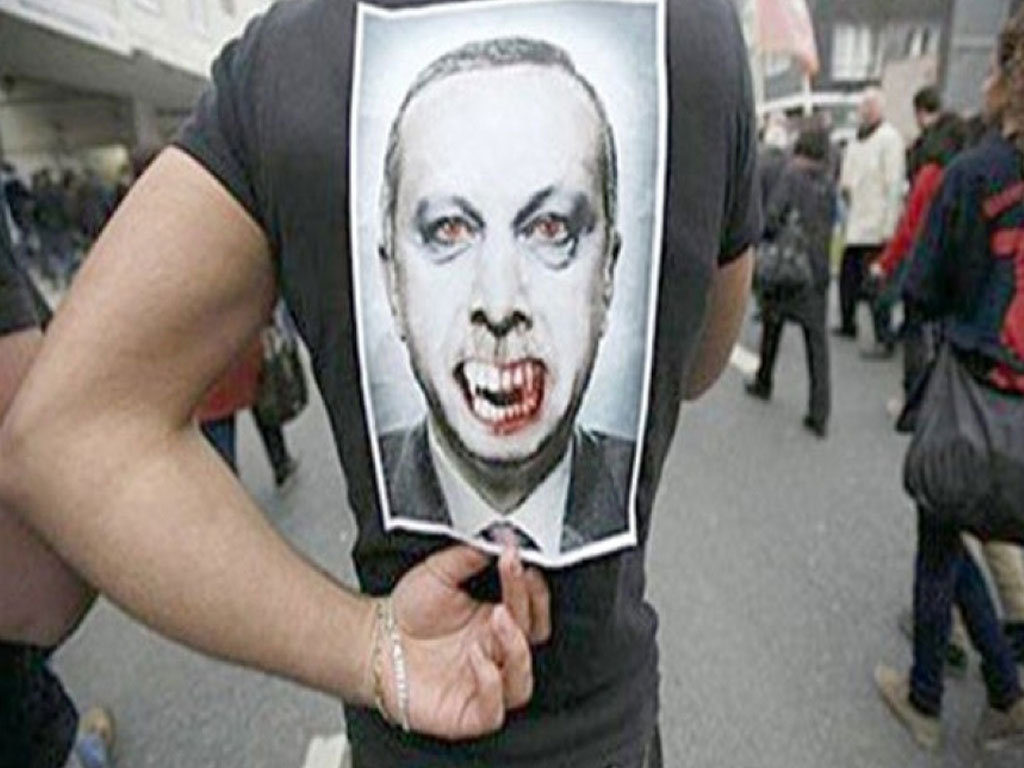 Four years ago, Turkish President Recep Tayyip Erdoğan condemned the tragic tragedy of the martyrdom of sixty Palestinians as a result of the Israeli attacks on Gaza and changing the status of Al-Quds according to the American declaration and moving the American embassy from Tel Aviv to Al-Quds (Jerusalem). All diplomatic ties with Israel were reversed in protest, but trade relations continued throughout this period. Turkey is the only Muslim country that was the first to recognize the illegitimate Zionist state established on Palestine and has been cooperating with each other in security fields including a long-term diplomatic and trade relationship.

Recently, Turkish President Recep Tayyip Erdoğan announced the restoration of relations with the illegitimate state of Israel in a joint meeting with Zionist Prime Minister Yair Lapid. This announcement came at the time when on 5th to August 7, more than fifty Palestinians (including innocent children and women) have been martyred and hundreds have been injured in the terrorist attacks by the Zionist Israel, and the infrastructure has also been badly destroyed. But on the other hand, Turkish President Erdogan has restored the severed diplomatic relations with the usurper state of Israel.

Turkish President Erdoğan supports the Palestinian people in public gatherings, but at the same time, he cannot leave the usurper Israel, and this is the reason why, a year before the elections in Turkey, he appealed to Western friends, including the United States, and Israel and its allies. He has announced the restoration of relations with Israel. After this announcement, the ambassador of Turkey will go to the usurping Israeli state and the ambassador of the usurping Zionist state will reach the embassies in different cities of Turkey.

On the one hand, Turkish President Tayyip Erdogan tries to convince the Palestinians that he is with the Palestinian cause, but his all practical actions are opposite. The people of Palestine are conscious and know their friends very well. Therefore, perhaps the Turkish president’s move to restore relations with Israel was not a surprise for the Palestinians, but the generation that watched Turkish serial dramas on TV for a long time in the Muslim world and especially in Pakistan thought that the Turkish president was Ertugrul Ghazi. The generation is definitely shocked by this move of the Turkish President.

As a student of Political Science and International Relations, I do believes that Turkish President Tayyip Erdogan has managed to introduce himself as a player during his time in power. It happens that they talk about Palestine in front of the West trying to declare themselves as supporters of the Palestinian cause and want it to increase in importance. When the need arises, America becomes their greatest friend. Similarly, the relations of the Turkish president with the governments of the region, including Iran, Iraq, Syria and others, are sometimes based on warmth and sometimes it even comes to the point that the orders to bombard the civilian areas in Iraq with.

President Erdoğan gives and then backs the American ambitions by intervening in Iraq.

In the same way, Syria, which has always been a front line for Palestine, to destroy the Syrian government and break Syria into pieces, the former US president Donald Trump himself admitted that he spent seven trillion dollars but did not get the results he wanted. It didn’t happen and the government of Syria remains. Turkish President Erdogan seems to be standing in the American and Israeli camp against the government of Syria. After an announcement of restoration ties with Israel, Hours later, Turkish forces in Syria killed twenty-two members of the Syrian army in an aggression.

How sad it is that Turkey, which the Muslims of the world look up to as a model, is engaged in trying to weaken the forces directly fighting the Muslim states in the region, especially the US and Israel.

Political experts are also calling the restoration of Turkey’s relations with Israel a serious threat to the Palestinian cause, but at the same time, they say that Turkey can create problems for all the pro-Palestinian factors in the world. Such as Turkey’s direct attack on Syria, the attack on civilians in Iraq, these are all cases that show that Turkey is tasked with guarding Israel’s interests in the region.

Experts says that Israel is using Turkey as shield against the pro-Palestinian forces in the region, especially Iran, the Palestinian resistance movements Hamas, Islamic Jihad, Hezbollah and Syria.