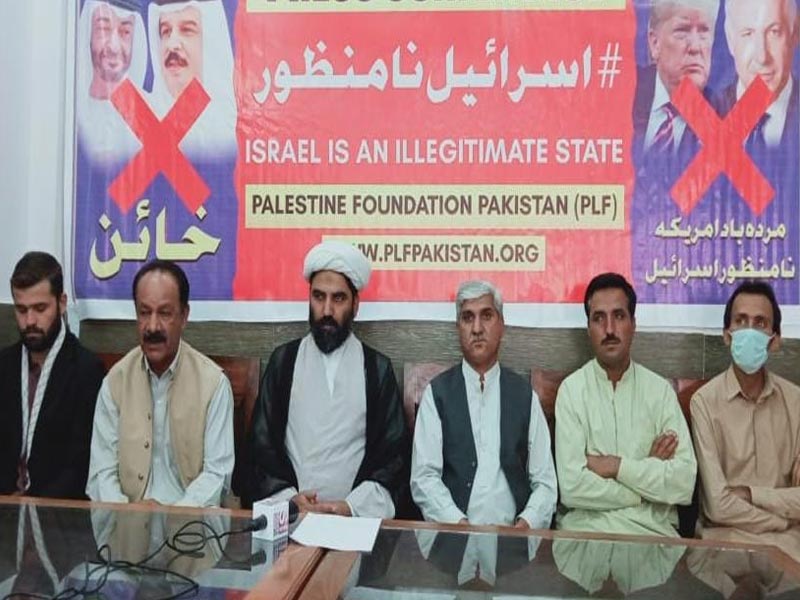 Quetta (PNIC) The United Arab Emirates and Bahrain are spreading unrest in the region in the interests of Israel. Palestine Foundation Pakistan Balochistan patron committee’s leaders made this announcement in a press conference in Karachi on Tuesday.

They said UAE and Bahrain have put security of the region at stake by allowing Israel to increase its nefarious clout.They said now Israel and its allies would mount pressure on Palestine and Kashmir.