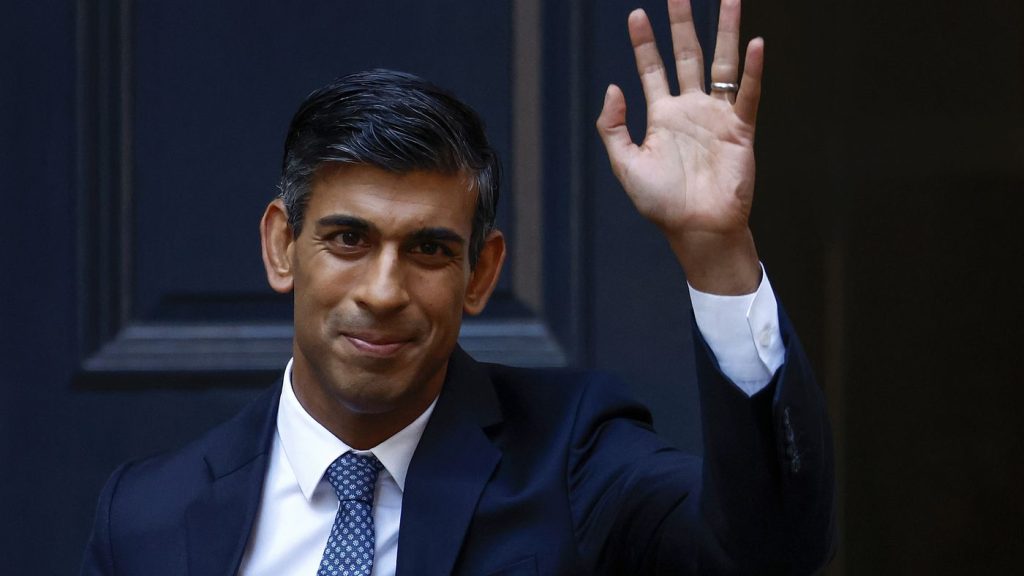 A Downing Street spokesperson told foreign journalists on Wednesday at a press briefing that plans to shift the embassy to Jerusalem had been dropped.

The spokesperson said “there are no current plans to change the location of our embassy” when asked if the Tory leader’s administration was still pursuing a plan to transfer the embassy to Jerusalem.

Separately, a UK government spokesperson also told The New Arab that “there are no plans to move the UK embassy in Israel from Tel Aviv.”

Middle East Eye said yesterday it understands from Conservative Party sources that Downing Street would not have been so emphatic if the inquiry was ongoing, adding that UK Foreign Secretary James Cleverly warned strongly against moving the embassy.

Husam Zomlot, the Palestinian ambassador to London, welcomed the news, saying in a statement, “We would like to thank the UK government, opposition parties, faith leaders, activists and members of the public whose efforts have helped keep the UK in line with international law on the matter.”

“The question about the location of the UK’s embassy should never have been asked in the first place.”

“There is much work to be done to create a conducive environment for peace in the Middle East and make amends for the historic injustice caused by the Balfour Declaration, 105 years ago.”

Zomlot urged the UK government to “play an active role”, including by recognising Palestine as a state and sanctioning companies operating in and profiting from settlements located in occupied territories.

During the contest to succeed Boris Johnson as Conservative leader in August, Sunak was asked about Britain recognising Jerusalem as Israel’s capital.

Sunak replied, “To me, it’s indisputably the historic capital… it seems to me that there is a very strong case to it, to recognise what is a historic and practical step,” adding “it would be something where we’d be acting in concert with our allies in the region and, in general, one of our closest allies, so it’s something I’d like to do.”

In September, former British PM Liz Truss said that she was weighing the relocation of Britain’s Israel embassy in Tel Aviv to the occupied city of Jerusalem – a decision that would follow former US President Donald Trump’s provocative move.

Truss told Israeli Prime Minister Yair Lapid about the move during a meeting at the United Nations summit in New York City on September 21. She later announced that she had launched a review into the issue.

During her campaign for the leadership of the Conservative Party, Truss told the London-based Conservative Friends of Israel (CFI) lobby group that she would review the UK’s decision to remain in Tel Aviv if she became the British leader.

“I understand the importance and sensitivity of the location of the British Embassy in Israel. I’ve had many conversations with my good friend Prime Minister Yair Lapid on this topic,” she said.

Opposition to Truss’s decision has grown in recent days.

A spokesperson for the Archbishop of Canterbury Justin Welby, the senior bishop of the Anglican Church, said he was “concerned about the potential impact of moving the British embassy” to Jerusalem.

Cardinal Vincent Nichols, the country’s most senior Catholic cleric, said that relocating the embassy would “be seriously damaging to any possibility of lasting peace in the region.”

Christian church leaders in Jerusalem also warned that the British government’s plans would be a “further impediment to advancing the already moribund peace process”.

Muslim leaders in Jerusalem have written to King Charles III condemning the move, noting “we oppose moving the British embassy to Jerusalem since we understand it, as a message to the universe that the UK, in contrary to the international law and the Status Quo, accepts the continuing Israeli illegal military occupation of the Palestinian territories, the Israeli unilateral annexation of East Jerusalem and the Israeli illegal Judaisation measures in the Holy City.”

“I take this opportunity to express our concern over the recent statements by Prime Minister Truss on reviewing the location of the UK embassy in Israel,” said Gheit.

Former British Foreign Secretary William Hague warned, in a stark message, Truss from the potential move, telling her “this would be a breach of UN security council resolutions by one of its permanent members, break a longstanding commitment to work for two states for Israelis and Palestinians, and align Britain in foreign affairs with Donald Trump and three small states rather than the whole of the rest of the world.”