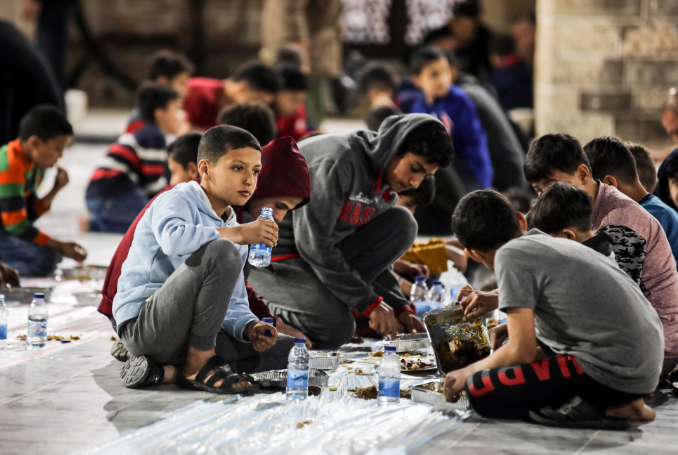 Wheat flour reserves in the Occupied Palestinian Territory could be exhausted in three weeks, while the cost of this food staple has surged by nearly 25% because of the Ukraine crisis, Oxfam warned in a statement published on Monday.

“Palestinian households are being hit hard by rising global food prices, and many are struggling to meet their basic needs, says Shane Stevenson, Oxfam Country Director in the Occupied Palestinian Territory and Israel, adding that “the reliance on imports and the constraints forced upon them by Israel’s continuing military occupation, settler violence and land grabs are compounding the food crisis.”

The Palestinian Authority (PA) has to import 95% of its wheat but it owns no food storage infrastructure so is forced to rely instead on the Palestinian private sector and Israel’s facilities. Israel in turn imports half of its grain and cereals from Ukraine.

According to the World Food Program, the Ukraine crisis has increased food prices in the Occupied Palestinian Territory such as wheat flour (up by 23.6%), corn oil (26.3%) lentils (17.6%) and table salt (30%), decimating Palestinians’ purchasing power.

Most households in the Gaza Strip are now buying food on credit. Many families are eating less and lower-quality food items. Families are cutting out more expensive food such as fruit, meat and chicken that are necessary for a healthy diet.

Oxfam called on the international community to urgently adopt a common and coordinated economic and diplomatic position that challenges Israel’s restrictive policies and allows Palestinians to invest in local food production and infrastructure.