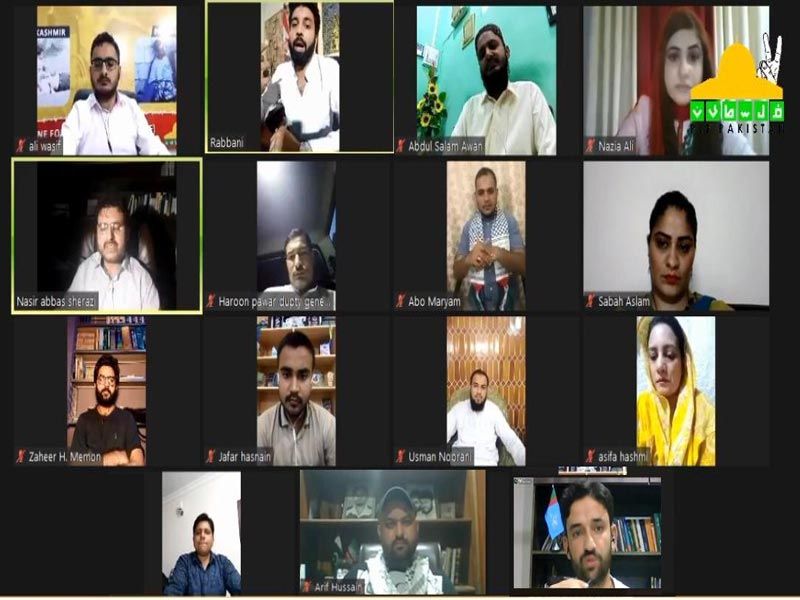 Karachi(PNIC) UN and OIC disappointed youth because of US control over them, speakers at an Online Conference on Support for Palestine and Role of Pakistani Youth.”

The conference held under the aegis of Palestine Foundation (PLF) Pakistan.

They said that in fact U.S. has (direct or indirect) control over United Nations and OIC. Hence, both international bodies played disappointing role.

They said that Israel is perpetrating crimes against humanity in Palestine under the watch of UN and OIC but none of them stopped Israel or saved Palestinians.

Furthermore, the speakers said that the most of the Muslim regimes around the world remain under U.S. influence; hence, they lack courage and ability to take their independent decision without U.S. dictates.

They also criticized the Pakistan government foreign policy, saying that this policy goes against the ideology and vision of founder of Pakistan Quaid-e-Azam Mohammad Ali Jinnah and Allama Iqbal.

They recommended to the government that they must ensure inclusion of Palestine issue besides Kashmir issue part of curriculum in schools, colleges and universities.

Similarly, they also urged the government to officially declare observance of International Quds Days in Ramazan and Nakba Day on May 15 like February 5 Kashmir Day.