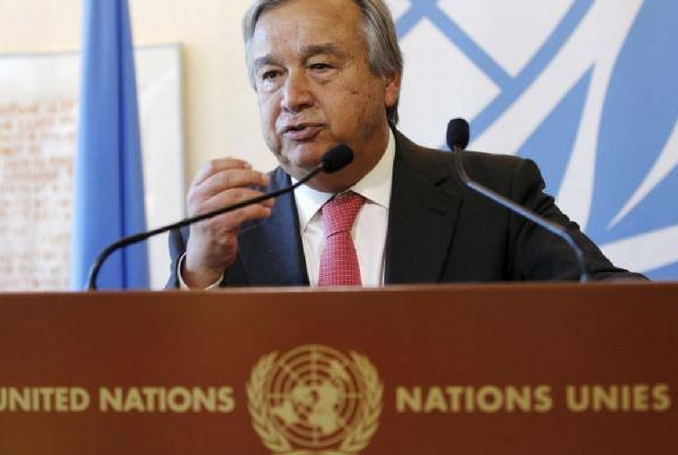 “The secretary-general has been following this long-standing issue and has taken note of the vote of the Knesset to pass a temporary order applying the law for 12 months, said Farhan Haq,” Guterres’ deputy spokesman, Farhan Haq, said.

“The Secretary-General is concerned about the impact of the law on Palestinian families seeking to reunify in Israel and East Jerusalem, and in this connection underscores relevant concerns expressed by the UN human rights treaty bodies in the past,” Haq added.

The Secretary-General “specifically calls on Israel to ensure that its domestic legislation respects the principles of equality, nondiscrimination and proportionality and international human rights law.”

Haq also said the secretary-general calls on Israel to “further facilitates family reunification of all citizens and permanent residents of Israel.”

Last week the Israeli parliament voted to renew the so-called Citizenship Law, which prevents Palestinians from the occupied territories married to Palestinians with Israeli citizenship to unite or live together in Israel.

The law also prohibits the entry of Arabs from countries “hostile” to Israel, such as Lebanon, Syria, Iraq and Iran, for family reunification purposes.

The law was first passed in 2003 and has been renewed annually.

While Israel claimed the law – known as the Citizenship and Entry into Israel Law – was passed for security reasons, rights groups argue that the law aims to ensure a Jewish demographic majority, calling it one of the most racist and discriminatory laws in the world.