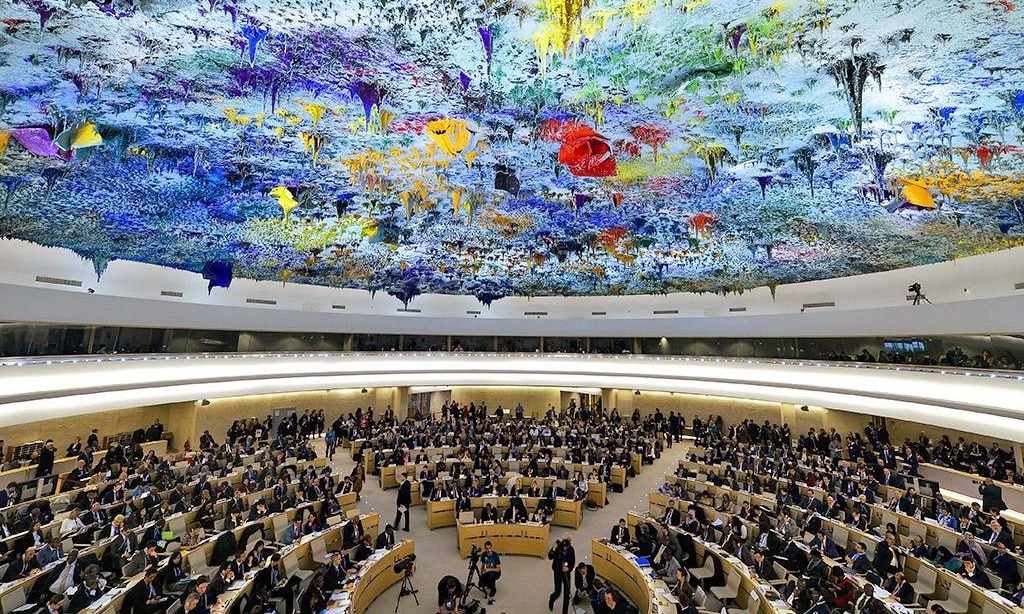 Geneva – The United Nations Human Rights Council on Friday adopted two resolutions in favor of Palestine on the right of the Palestinian people to self-determination and the illegality of Israeli settlement.

In this regard, the Human Rights Council reaffirmed the Palestinian people’s right to live in freedom, justice and dignity and the right to their independent State of Palestine.

It called upon all States to adopt measures to promote the realization of the right to self-determination of the Palestinian people; and to assist the United Nations in carrying out its responsibilities regarding the implementation of that right.

In the same context, 38 countries voted in favor of the resolution “Israeli settlements in the Occupied Palestinian Territory, including East Jerusalem,” while four countries voted against it, and five countries abstained.

The Council reaffirmed that Israeli settlements established in 1967 in the Occupied Palestinian Territory, including East Jerusalem were illegal under international law.

It said that these settlements constituted a major obstacle to the achievement of the two-State solution and a just, lasting and comprehensive peace.

The Human Rights Council expresses grave concern at the fragmentation of the Occupied Palestinian Territory, including East Jerusalem, resulting from Israel’s continuing construction and expansion of settlements, forcible transfer of Palestinians and construction of the wall.

It further calls on Israel to end without delay its occupation of the territories occupied since 1967, and to stop immediately the establishment of new settlements and the expansion of existing settlements.

For his part, Palestinian Foreign Minister Riyad Al-Malki welcomed the Human Rights Council’s adoption of the two resolutions, affirming that they are a positive sign and a step in the right path to prove that international law should not be divided.

Al-Maliki stressed on the implementation of the international law in order for the Palestinian people to obtain their rights and to hold the occupying entity accountable for its crimes against humanity, particularly the apartheid and war crimes.