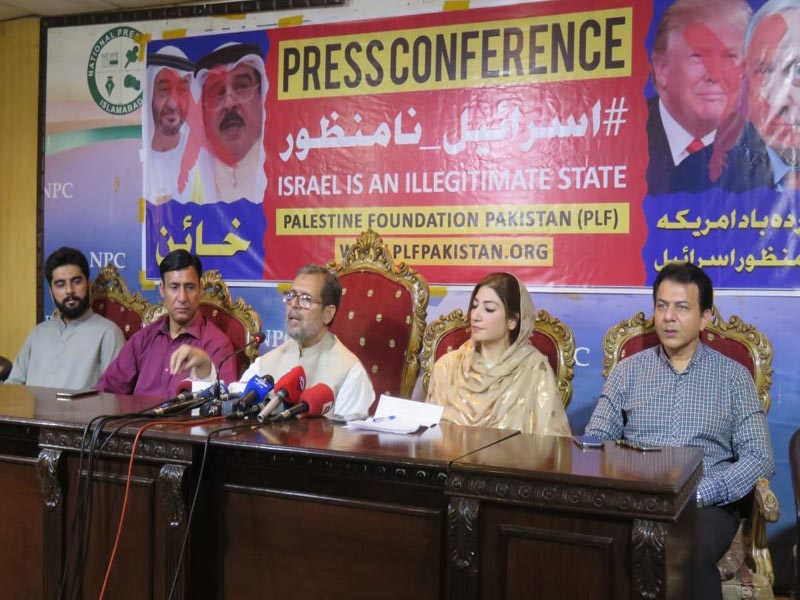 Islamabad (PNIC) US, Israel, India and some Arab countries want to destabilize Pakistan.Palestine Foundation Pakistan Islamabad patron committee’s leaders made this announcement in a press conference in Karachi on Monday.

Furthermore, they said that the U.S.-led pro-Israel bloc has hatched conspiracy against Pakistan to sabotage the issues of Palestine and Kashmir issues. They vowed to foil nefarious designs of these enemies.

They said that UAE and Bahrain have betrayed Palestine.They said Israel poses existential threat to the global peace, let alone Palestine or region.

They said UAE and Bahrain have put security of the region at stake by allowing Israel to increase its nefarious clout.They said now Israel and its allies would mount pressure on Palestine and Kashmir.