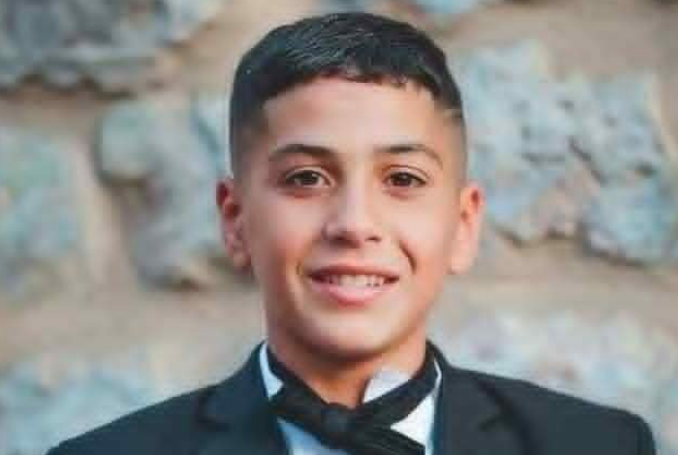 Eyewitnesses told WAFA that an armed Jewish settler opened fire on the four Palestinians while they were outside the illegal Jewish settlement of Bat Romano, located in the heart of the city.

One of the wounded, 13-year-old Mohammad Iyad Jaabari, was injured by live bullets in the abdomen, and his condition was described as serious.

Two of the three others wounded sustained injuries to their thighs, while the fourth suffered an injury to the hand.

Jewish settlers’ violence and vandalism are commonplace in the occupied West Bank and are never prosecuted by the occupation authorities.

Attacks by settlers against Palestinians intensified during the last few months, with the Israeli occupation army turning a blind eye to the violence, providing the settlers with protection.