KARACHI (PNIC): An all-party press conference under the auspices of Palestine Foundation Pakistan on the occasion of Palestine Land Day was held on Monday at Karachi Press Club in which all political and religious parties of the country participated. Leaders, including civil society representatives and members of human rights organizations, attended.

Addressing the All Parties Press Conference, the speakers said that the existence of the Zionist state of Israel in Palestine has a fake status. They said that the world remained a silent spectator to the establishment of a Zionist occupier state on Palestine and today not only as a result. The effects of the Zionist conspiracies can be seen in the Palestinian people and in other nations of the world, including occupied Kashmir, Iraq, Afghanistan, Yemen, and elsewhere. The speakers said that it is as clear as day that Palestine is the homeland of the Palestinians and Israel is a usurper and illegitimate state. He further said that the founder of Pakistan, Quaid-e-Azam Muhammad Ali Jinnah, had made a principled decision of history by unequivocally supporting the Palestine cause, which is accepted by generations today. 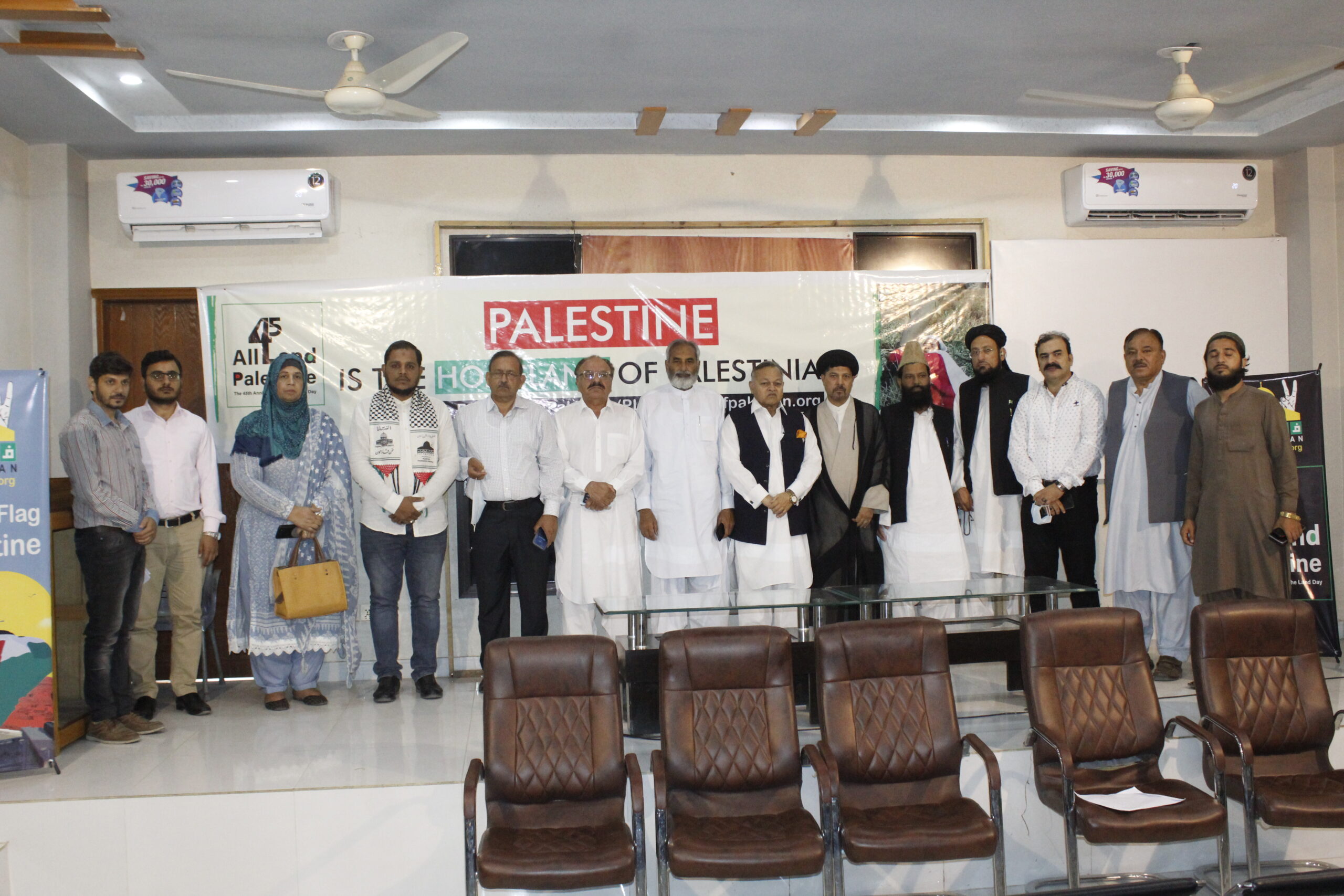 The speakers said that some Arab and African countries of the world have not only stabbed the Palestinians in the back by recognizing Israel but also harmed the whole Islamic world and humanity. They said that the decision of Palestine was based on the aspirations of the Palestinian people. On this occasion, they announced full support for the right of return of the Palestinian people and also stressed the importance of the right of self-determination of the Kashmiri people. They said that the history of joint atrocities of India and Israel was coming to an end and soon the oppression of the oppressed nations would turn into their power and overthrow the oppression. They strongly condemned the dual policies of the US government. They said the United States was supporting terrorism around the world and sponsoring oppressive governments.