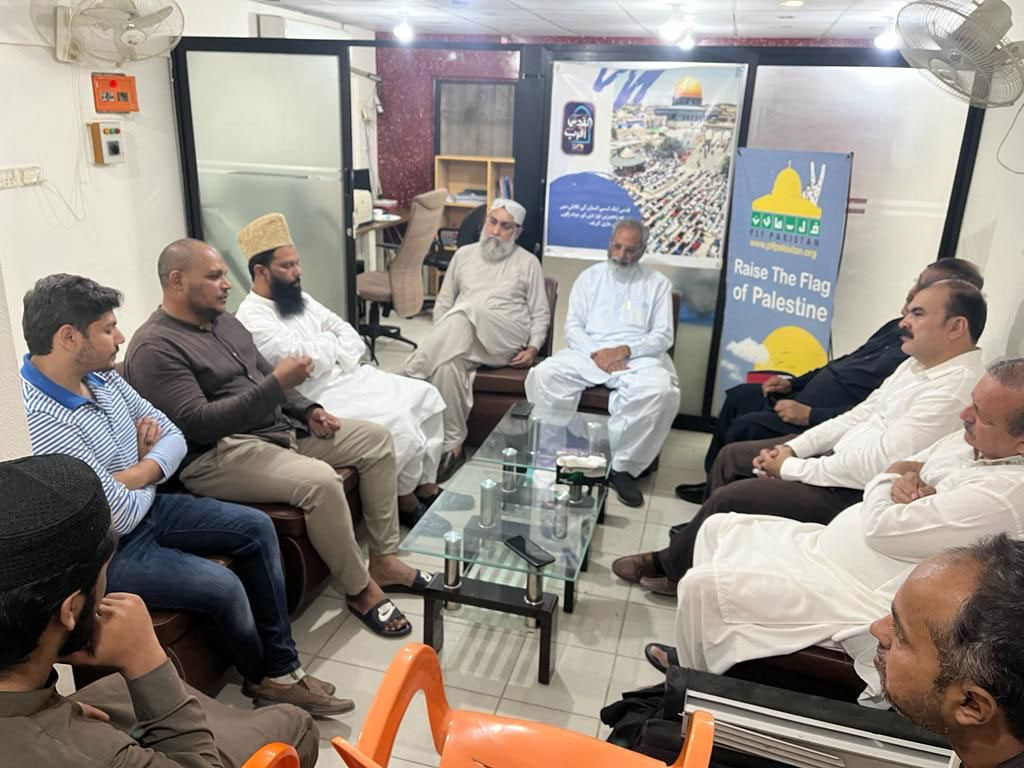 In the meeting, the members reviewed the performance of Palestine Foundation Pakistan and announced that the Palestine Convention will be held in all the major cities of the country while a communication campaign will be launched for public awareness.

On this occasion, the leaders paid homage to the struggle of the well-known Kashmiri leader Syed Ali Geelani and recited Fatiha on the occasion of his first death anniversary.