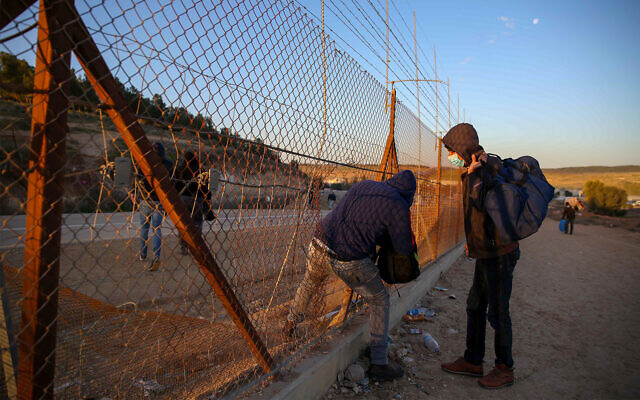 JENIN, A Palestinian worker on Sunday evening suffered a bullet injury when Israeli soldiers opened fire at him near Salem town, west of Jenin in the occupied West Bank.

According to local sources, the worker was injured as he was trying to cross into the 1948 occupied territory (Israel) through a hole in the separation fence near the town.

The worker was transferred to a hospital for medical assistance.

West Bank workers are always exposed to shooting, detention and different assaults during their attempts to reach workplaces inside Israel.

According to Israeli human rights group B’Tselem, tens of thousands of Palestinians from the West Bank enter Israel every day for work, but about a third has no choice but to risk entering without permits.

“They are caught between a rock and hard place: On one hand, Israel issues permits sparingly, based on arbitrarily chosen stringent criteria. On the other hand, it prevents the development of an independent Palestinian economy by restricting imports, exports, industrial development and movement, and by taking over land reserves and other Palestinian resources. This leaves Palestinians with no possibility to make a substantial living within the West Bank,” B’Tselem said.