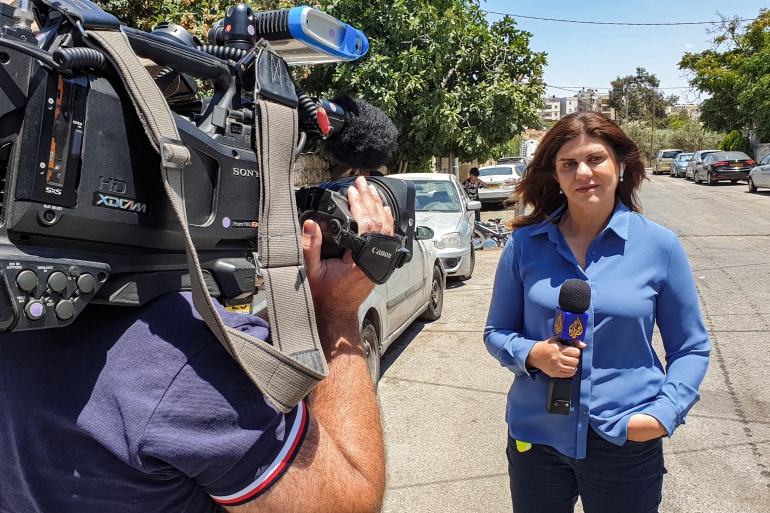 The White House and the State Department reportedly told the Israeli occupation government they were not behind the FBI decision to open an investigation into the killing of Palestinian-American journalist Shireen Abu Akleh.

There were several reports by Israeli and US media outlets last week that the U.S. Justice Department (DOJ) informed Israeli occupation authorities that the FBI has opened an investigation into the killing of the veteran journalist.

The FBI investigation could lead to a U.S. request to investigate the Israeli soldiers who were involved in the operation — a request ‘Israel’ would almost certainly reject, according to Axios.

“The IDF conducted an independent and professional investigation. I have made it clear to the U.S. government that we won’t cooperate with any external investigation and won’t allow any interference in Israel’s internal affairs,” he added in a tweet on Monday.

“Our soldiers will not be investigated by the FBI or by any other foreign country or entity, however friendly it may be. We will not abandon our soldiers to foreign investigations,” Lapid said.

Three Israeli and U.S. officials told Axios the FBI decision to open an investigation was made before the Nov. 1 elections in ‘Israel’, but the Justice Department officially notified the Israeli occupation government three days after the elections.

Once notified, senior Israeli officials asked U.S. ambassador to ‘Israel’ Tom Nides for more information, according to the officials. Nides said he didn’t know about the investigation and that he would check on it.

“We spoke to every Biden administration official we work with and made it clear how furious we were,” a senior Israeli official said.

Gantz held a difficult call with a very senior U.S. official earlier this month and made it clear that ‘Israel’ would not cooperate in any way with the FBI investigation, the Israeli officials said.

Israeli officials added they urged the Biden administration to “fix the situation” before the investigation leaked to the press, warning that once news of the probe became public, the situation would turn into a bilateral crisis.

According to U.S. and Israeli officials, the White House and the State Department made it clear to the Israeli occupation government that they weren’t part of the DOJ’s decision-making process regarding the investigation.

They also made it clear that the opening of the investigation was an independent decision by the U.S. Justice Department and wasn’t motivated by a political decision, per the officials.

Israeli officials say they don’t think the investigation will have any practical ramifications and that it will stay as a symbolic move by the FBI.