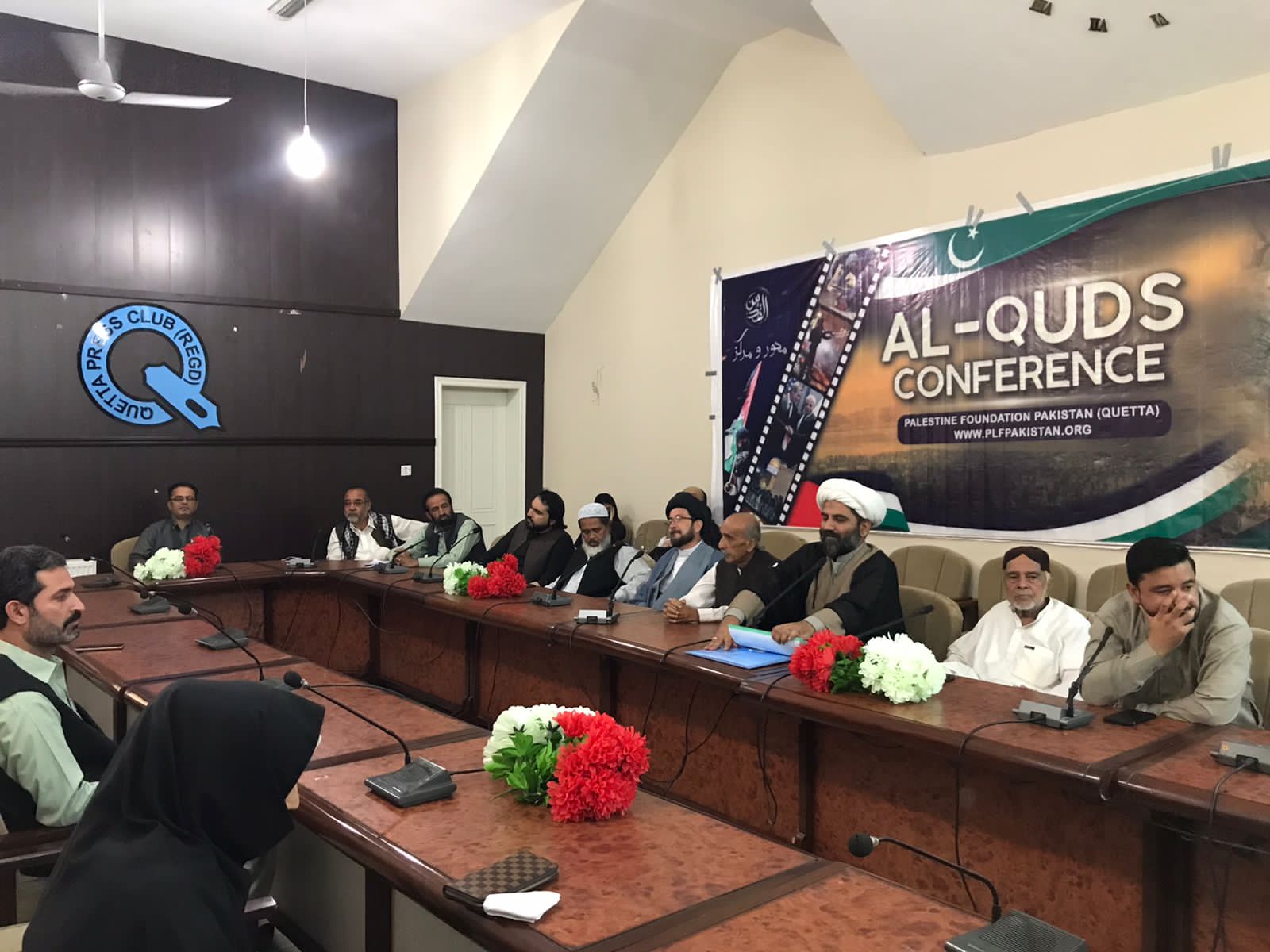 Quetta: ( Palestine News-Information Center) Al-Quds Conference was organized at Quetta Press Club under the auspices of Palestine Foundation Pakistan Quetta Chapter in which a large number of civil society and students including political and religious personalities from Balochistan participated.

They paid highly tribute to martyrs of Quds Day Rally in Quetta and announced that to observe the last Friday as International Quds day in Balochistan.