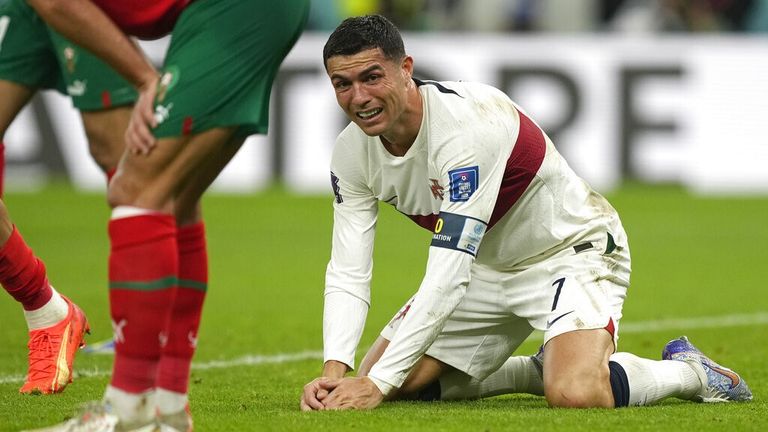 Turkish President Recep Tayyip Erdogan has said that Cristiano Ronaldo was subjected to a “political ban” at the FIFA World Cup 2022 because of his support for Palestinians.

The Turkish president was speaking at a youth rally at a university campus in the eastern Erzurum province on Sunday when he was asked about his thoughts on the World Cup, Argentina’s Lionel Messi, and Ronaldo.

“They have wasted Ronaldo,” he replied. “Unfortunately, they have imposed a political ban on him. Sending a footballer like Ronaldo onto the pitch with just 30 minutes remaining in the match ruined his psychology and took away his energy.”

“Ronaldo is someone who stands for the Palestinian cause,” said Erdogan, though it was unclear if he was linking the supposed “political ban” to the footballer’s support for Palestine.

The 37-year-old came on as a substitute in the second half of a World Cup quarterfinal game against Morocco in which Portugal lost 1-0.

The former Manchester United and Real Madrid footballer had also been on the bench when Portugal took on Switzerland in the round of 16, making an appearance as a substitute.

The loss against Morocco meant that Ronaldo, the only player to score in five separate World Cups, was eliminated from what will most likely be his last World Cup, and was unable to hold back his tears as he walked towards the changing rooms.

However, Ronaldo has never issued any public statements on the Israeli occupation of Palestine, despite false reports and doctored pictures emerging periodically online.

A widely-circulated story that Ronaldo had donated 1.5m euros ($1.59m) to Palestinians after he auctioned off a golden boot award was also denied in 2019 by a sports management company representing the footballer.

Ronaldo has been pictured with a Palestinian scarf around his shoulders, but it represented the Palestinian Football Association, and the ex-Real Madrid and Manchester United player was standing next to the head of that association, Jibril Rajoub.

Ronaldo has also met several Israeli ministers and has been photographed presenting one of his football shirts to ex-Israeli foreign minister Israel Katz.