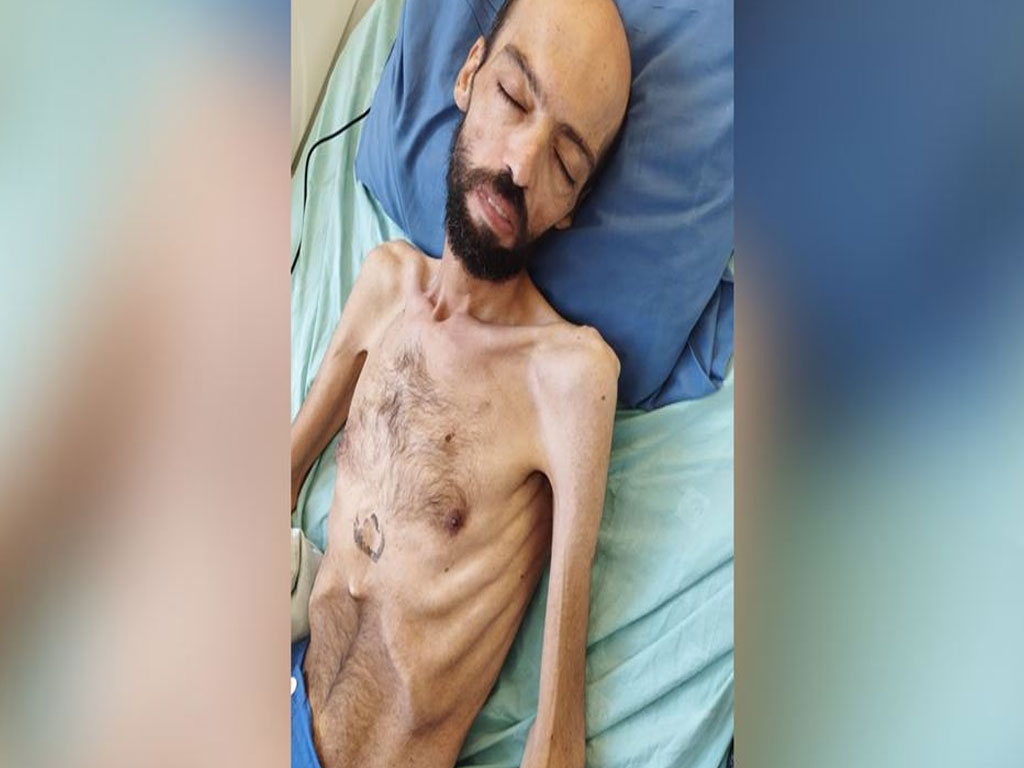 GENEVA – The Euro-Mediterranean Human Rights Monitor has affirmed that Palestinian prisoner Khalil Awawdeh, who has been on hunger strike for 171 days, suffers from a severe breathing difficulty and serious health issues that have affected the functions of his vital organs.

“The remaining time to save his life is rapidly running out as a result of his persistent hunger strike, while the Israeli authorities still refuse to release him,” the Euro-Med Monitor warned in a press release on Tuesday.

The Euro-Med Monitor also described Awawdeh’s health condition as “more critical than before,” stressing that “his continued detention in light of his deteriorating health means that he has been sentenced to slow death in captivity.”

The rights group called for urgent intervention by all concerned parties to save Awawdeh’s life and put an end to his suffering, which “has been ongoing since his detention administratively on December 27, 2021.”