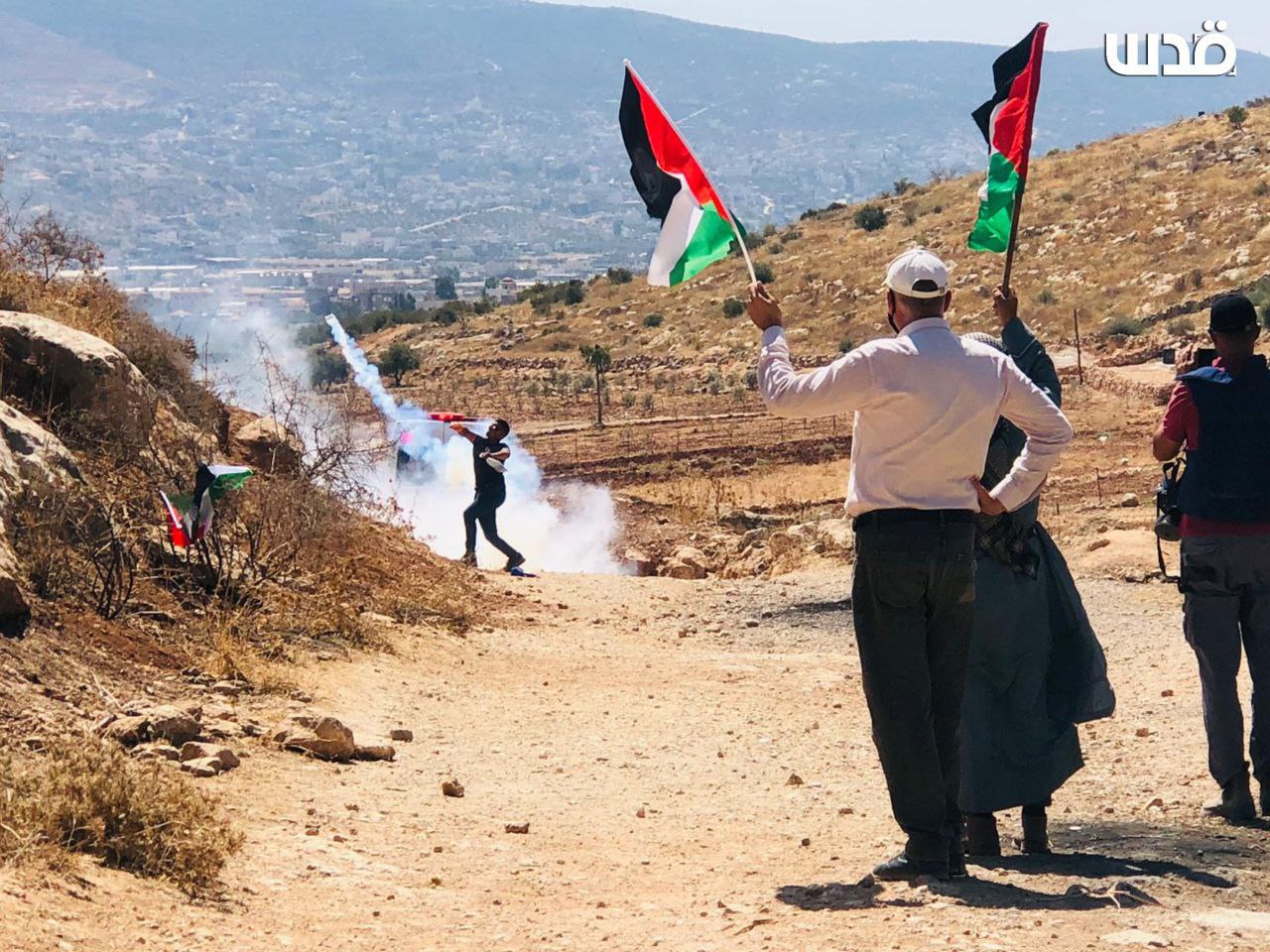 Nablus – Israeli occupation forces have injured at least 37 Palestinian protesters in Beita and Beit Dajan villages in Nablus while participating in the weekly anti-occupation protests on Friday.

Beit Dajan and Beita villages have been the site of weekly protests against the Israeli occupation and settlement expansion.

However, although the protests have been peaceful, Israeli forces have suppressed, detained, and assaulted the protesters.

This has resulted in injuring hundreds and killing others.