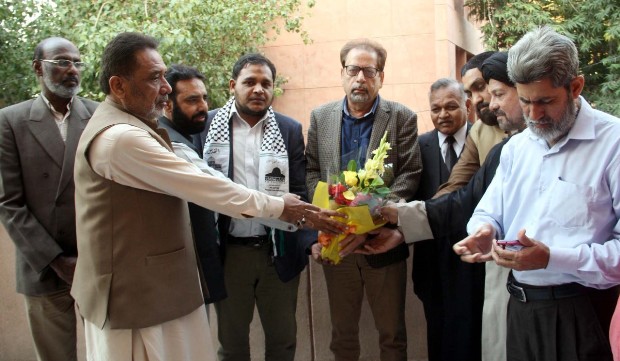 Arts Council of Pakistan, while appreciating him for his contribution enhancing traditional and cultural events.

On PLF-P’s request of designating a defined area for Palestine “Palestine Corner”, the president agreed to put up their request in from of the Governing body.

Muhammad Ahmed Shah commended the pain that PLF-P has been taking for the cause and appealed that it’s not just an issue for the Muslim Ummah but the whole of humanity. He added that it remains everyone’s solemn duty to contribute to Palestine and Al-Quds Freedom Movement.