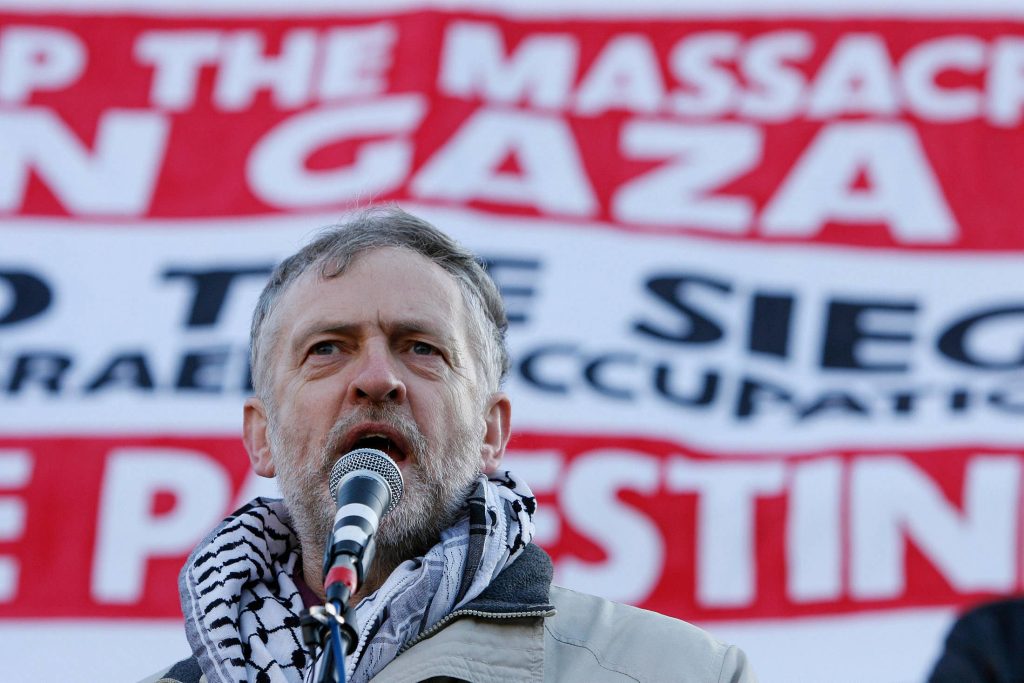 London – Former UK Labour leader Jeremy Corbyn has urged on Thursday for the “immediate and unconditional recognition of the State of Palestine.”

The former UK Labour Party leader also stated that the illegal settlements built by the Israeli occupation have for years aimed to strip Palestinians of the homes in which they have lived for 70 or 80 years, stressing this “is why the late Archbishop Desmond Tutu described it as an apartheid state as you could not travel freely and easily on the same roads as the Israeli settlers.”

Corbyn noted that he has personally witnessed refugees suffering profoundly due to the Israeli policies displacing them from their homes.

He also noted the Israeli attempts to forcibly displace the Sheikh Jarrah neighbourhood, and other areas in occupied Jerusalem, whose residents fled to Jerusalem after the 1948 Nakba, saying “this is what occupation actually means.”

Corbyn also pointed out that “a number of people in Gaza are suffering from functional mental health conditions of stress because of the continuation of the occupation.”