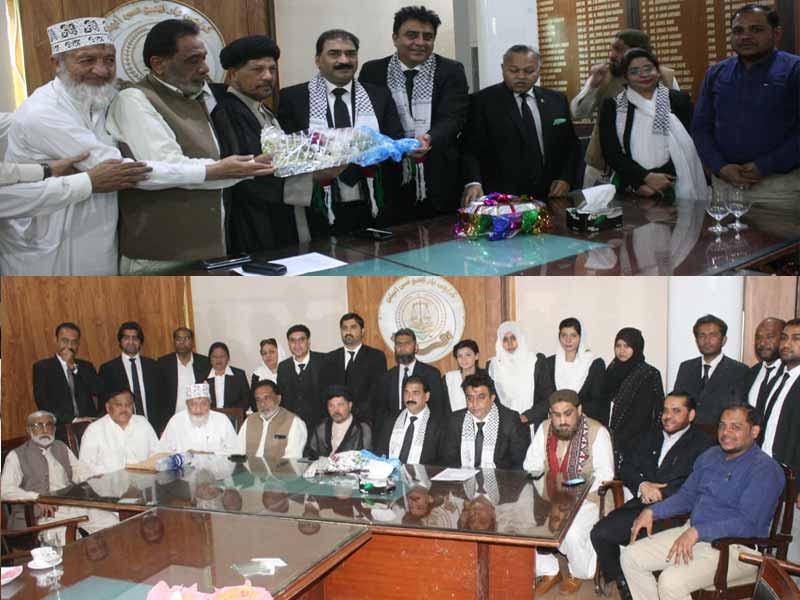 President KBA categorically supporter cause of Palestine and condemning illegal Zionist’s regime atrocities. He said that lawyers remain stand with oppressed people of Palestine and their legitimate resistance for freedom. Pakistani lawyers fully supporting Palestine is the homeland of Palestinians and Israel is an illegitimate Zionist’s fake regime.
US so call peace plan has been fail and no more capable for applying in Middle East.

He further said that no any government including US have any rights to decide future of Palestine, it’s ultimate right of Palestinians to choose their way with the free referendum.