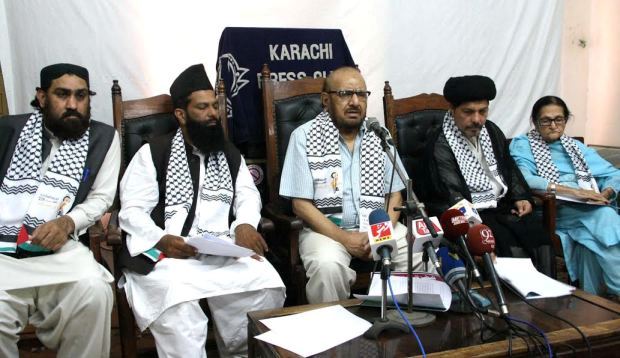 PLF-P leader have heavily criticized the increasing relation of arab countries with Israel and said that it is not only a threat to the cause of Palestinians but as well prove a menace to the region.

They added history is evident that attempt of any amity with Israel has proved fatal to the oppressed Palestinians. They urged all arab countries to ensure veto of Israel, the Zionist regime which inflicted atrocities on innocent Palestinians over the years, and bar themselves of such associations. Arab nation should ensure allegiance with Palestine through varied means to ensure recovery of our divine entity – Bait ul Muqaddas (Qibla-e-Awal)