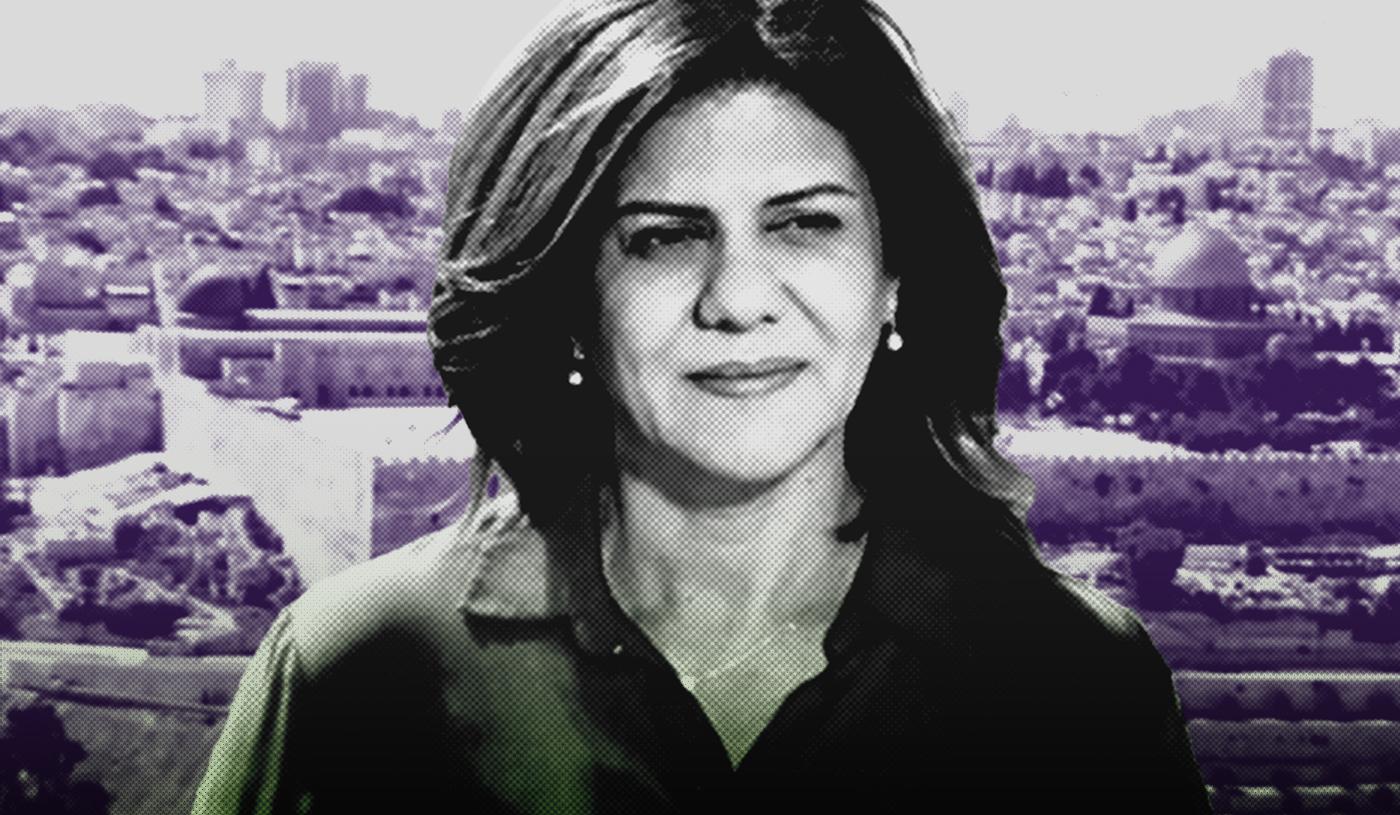 Israel’s counter-claims about what happened to Palestinian journalist Shireen Abu Akleh, who was shot dead by an Israeli sniper in the West Bank city of Jenin this morning, appeared online soon after her death.

As the condemnations of the killing of the veteran Al Jazeera reporter flooded in, Israel’s foreign ministry and US embassy tweeted a video showing Palestinian gunmen in Jenin firing down an alley, suggesting they were “likely to have hit” Abu Akleh.

The Israeli army confirmed that it had conducted an operation in Jenin’s refugee camp early on Wednesday and that there was an exchange of fire between its troops and Palestinian fighters. It initially said it was investigating whether “journalists were wounded, possibly by Palestinian gunfire”.

Later, Israel’s military chief walked back on this claim saying it was now unclear who fired the shot that killed Abu Akleh.

“At this stage, we cannot determine by whose fire she was harmed and we regret her death,” Lieutenant General Aviv Kochavi said, according to news reports.

Analysis of footage of various incidents on Wednesday, as well as eyewitness accounts, raise further questions about Israel’s claim that Palestinian gunfire could have been responsible for Abu Akleh’s death.

Geolocation of videos filmed in Jenin suggests that Palestinian gunmen in the camp on Wednesday had no clear view of Abu Akleh and the group of journalists, and that no fighting appeared to be taking place where they were as they arrived at the entrance to the camp.

Where were the Palestinian gunmen?
Footage from Wednesday morning, part of which was used in the above Twitter post by Israel’s foreign ministry, shows a man shooting down an alleyway in the refugee camp in the west of Jenin, a stronghold of Palestinian armed groups in the northern West Bank.

The footage in this video (labelled Gunmen Video 1 in the graphics below), shot next to a building topped by three water tanks, was geolocated by B’Tselem, an Israeli human rights group.

Where were the Israeli soldiers?
A short video shared on Telegram half an hour before Abu Akleh was shot on Wednesday morning shows Israeli soldiers coming from the west of the city, driving east. The footage was later posted on YouTube.

The same building with the three water tankers, where the Palestinian gunmen were firing, is visible in the clip.

This and the direction of fire of both of the videos of the Palestinian gunmen suggest Israeli soldiers were somewhere to the west of the gunmen.

Where was the fighting?
It is not possible from the available evidence to say exactly where the fighting took place, but the direction of fire of the Palestinians and the location of the Israeli forces suggest there was gunfire to the west of the graveyard and to the south.

A third video taken by the graveyard shows smoke rising in the area where B’Tselem located the Palestinian gunman, in the video used by the Israelis.

Where was Shireen Abu Akleh?
Abu Akleh was shot and killed further to the north, at the main entrance to Jenin refugee camp, near the main roundabout, at a junction geolocated by B’Tselem.

Middle East Eye contributor Shatha Hanaysha said she and a group of six journalists, including Abu Akleh, were together when they came under fire from Israeli snipers.

In an account of the incident, Hanaysha said: “We made ourselves visible to the soldiers who were stationed hundreds of metres away from us. We remained still for around 10 minutes to make sure they knew we were there as journalists.

“When no warning shots were fired at us, we moved uphill towards the camp. Out of nowhere, we heard the first gunshot.”

The gunfight in the alleyways of the camp was far from the roundabout – fighters don’t go there, because there is no cover – and far from the house of the person Israeli forces were seeking to arrest.

One of the B’Tselem researchers visited the scene where the footage of the Palestinian gunmen was taken and walked to where Abu Akleh was hit, going down several streets and narrow alleys.

The NGO concluded that it was impossible for Abu Akleh to have been hit from where the Palestinians were shooting.

“Documentation of the gunfire distributed by Israeli military cannot be the gunfire that killed journalist Shireen Abu Akleh,” the Israeli NGO concluded.