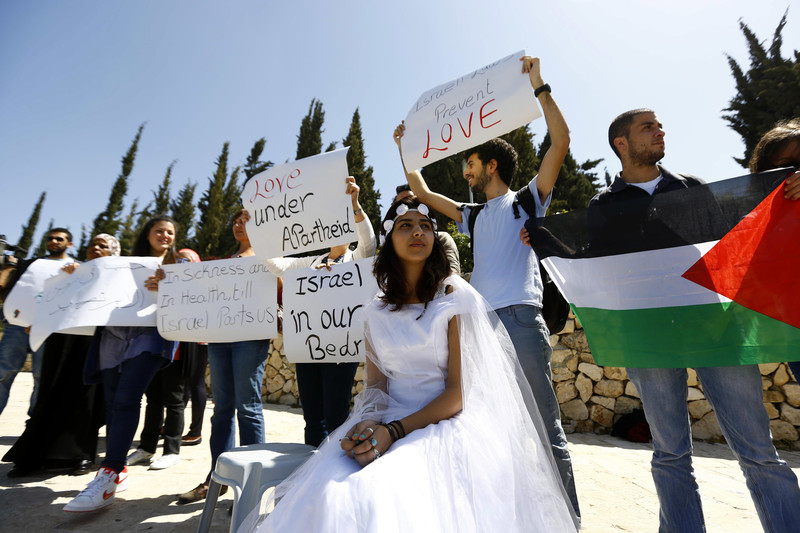 In a press briefing issued on Thursday, Farhan Haq, Deputy Spokesman for the Secretary-General, stated that Guterres “has been following this long-standing issue.”

He added that Guterres “has taken note of the vote of the Knesset on the 10 March to pass a temporary order applying the law for 12 months.”

“The Secretary‑General is concerned about the impact of the law on Palestinian families seeking to reunify in Israel and East Jerusalem.”

“And in this connection underscores relevant concerns expressed by the UN human rights treaty bodies in the past.”

“Specifically, he calls on Israel to ensure that its domestic legislation respects the principles of equality, nondiscrimination, and proportionality and international human rights law.”

“And further facilitates family reunification of all citizens and permanent residents of Israel.”

It prevents Palestinians from the West Bank or Gaza married to Palestinian citizens of ‘Israel’ from permanently moving to ‘Israel’.

‘Israel’ targets the Palestinian Arab population with 65 different government laws and regulations, according to Adalah.

Regarding Israel’s Tuesday killings of three Palestinians, including a 17-year-old child, the Secretary-General said, “We would urge these latest killings to be thoroughly investigated by the authorities.”