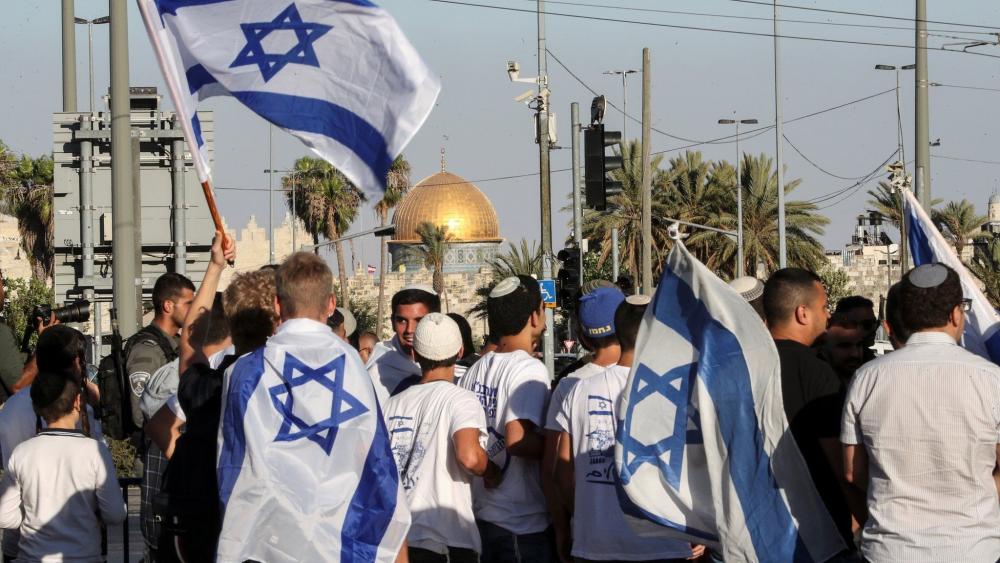 Occupied Palestine  – The U.S. administration on Thursday made an appeal to Israeli officials to reconsider the route of the right-wing flag march which is due to take place next Sunday in the Old City of occupied Jerusalem.

The administration said that the flag march as it was approved, could cause further friction and asked the Israeli officials to reconsider their decision.

The Ynet website reported that the U.S. administration appealed to Israeli officials to express their concern over the controversial right-wing flag march next week and its route through the Muslim Quarter of the Old City of Jerusalem.

Israeli Minister of Public Security, Omer Bar-Lev, gave last week the final approval to the so-called ‘flag march’ which is scheduled to happen on the anniversary of the occupation of Jerusalem marked on May 28.

Barlev said that the approval of the march based on recommendations from security agencies.

He added that the approved route of the march includes passing through the Bab al-Amud area, the Old City, and the Buraq Wall.

In this regard, the US embassy ordered its staff and their families not to visit the Old City from Thursday through Monday.