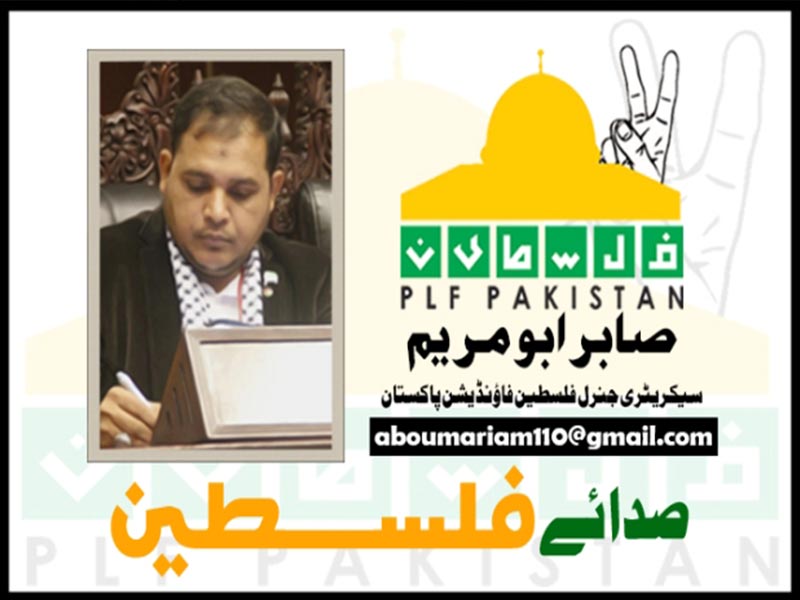 In this article, we will try to find out the reasons behind the recognition of Israel by the United Arab Emirates and Bahrain and its impact on the Palestinian liberation movement and the Palestinians themselves. We will also try to find an answer to the question of how the relations between the two countries could affect the region and Pakistan in particular.

He then moved the US embassy to occupied Jerusalem in an attempt to prove that the site now belonged to the fake Zionist state of Israel. However, all the steps taken by the US President in this regard were met with defeat and failure.

In the second phase, the US administration and President Trump have now resorted to Arab and Gulf countries that do not have any geo-political status in the region to cover up their failures. In answer to the first question, it is clear that the US President had tried to end the Palestinian issue under the Century Deal. The recognition of Israel by the Arab countries is also part of their plan to eliminate the Palestinian issue completely.

Before moving on to the second question, we will now see whether the US President and his allies will really succeed in this title. Although the UAE and Bahrain have surrendered to Israel, does this mean that the Palestinian issue is over? And now no one will talk about Palestine? Of course, this has never happened. What is worth considering here is what the Palestinian people are saying and doing. Have the Palestinians also welcomed the recognition of Israel by the Arab countries? The Palestinians have not welcomed them at all.

Therefore, it is important for scholars to understand that till the Palestinian liberation movement and the Palestinian people are present and if the whole world, including the United Arab Emirates and Bahrain, recognizes Israel’s fake state and illegitimate existence, nothing will happen. Because it is an inescapable fact that Palestine is the homeland of the Palestinians, and it is also an inescapable fact that Israel is a fake state of the usurping Zionists and its existence is illegitimate.

The second question is also very important. Although the Palestinian movement has not been weakened by such betrayals by these Arab countries, on the other hand, political threats have posed further threats to the security of the region.

Political experts say that the movement of the notorious Israeli intelligence agency Mossad to the UAE will not only harm the UAE but also other states in the region. Among the states where Iran will join, Pakistan will also be the target of Zionist conspiracies.

In the eyes of political experts, the current situation in Pakistan, where an extremist atmosphere is being created in the name of religion, is in one way or another motivated by Israel and the United States. A group of political intellectuals and analysts also agree that once these Arab countries have recognized Israel, then the Kashmir issue is also buried for them. Because when these Arab countries have sold their conscience regarding Palestine, now the government of Pakistan is not expecting any support or help from them even on the Kashmir issue.

According to sources, rumors are circulating that while the UAE and Bahrain have recognized the illegitimate state of Israel, some Pakistani religious leaders have received 100 million US dollars in funding from the UAE and other Arab countries. After which, at a time when the fear of protests against the surrender of Israel by the Arab countries was on the rise in Pakistan, at the same time sectarian rallies were being held under the leadership of the Grand Mufti of Pakistan. On the contrary, Pakistan’s economy has been hit hard, which has been reported in various newspapers.

Some political analysts say that under the guise of Arab-Israeli relations, the United States, Israel and India have jointly intensified their conspiracies to destabilize Pakistan and their local agents already in the country to carry out these conspiracies. This is the answer to the second question posed at the beginning of the article about the impact of Arab-Israeli relations on Pakistan.

In short, the United States and its Arab allies wanted the Palestinian issue to end, to weaken the Palestinians so much that they could not stand up to the usurper and illegitimate Israel. But all the conspiracies and intrigues of the enemy and the devils seem to be failing now because the Palestinians are still struggling after the relations between these Arab countries and Israel and are sending the same message to the world that even if the whole world Israel’s existence cannot be justified if it recognizes Israel’s illegitimate existence.

Palestine and the Palestinian people will stand their ground and as long as the voice of the Palestinians remains inside Palestine, neither the US President’s so-called peace plan of the century nor the Arab countries’ relations with Israel can end Palestine. It is a divine promise that Palestine will be liberated and Israel’s illegitimate existence will be destroyed.