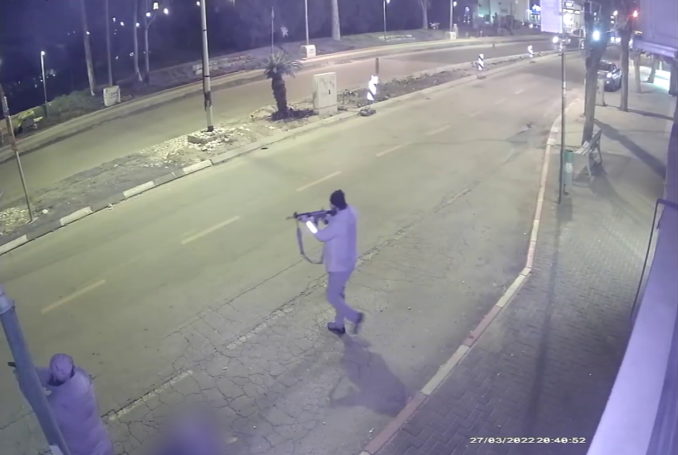 Two Israeli police officers were killed and four others wounded in an attack in the city of Al-Khdira (Hadera), Israeli and Arab media reported.

The two attackers, Palestinians with Israeli citizenship, were killed by undercover Israeli officers, the Israeli newspaper Haaretz reported on Sunday.

The latest attack came only days following a stabbing and a car ramming in Bir al-Saba (Be’er Sheva) in the Naqab.

The escalation, which also came days before the holy month of Ramadan, has been widely expected as a response to increasingIsraeli violence, home demolition and arrests throughout the occupied Palestinian territories, including Palestinian East Jerusalem.

Israeli Channel 13 said the Hadera attack “impacted the Israelis sense of security, as an attack of this nature has not taken place in years.”

Israeli media also reported that Arab foreign ministers, who are currently meeting in the Naqab have condemned the Palestinian attack, the Lebanese pan-Arab channel Al-Mayadeen reported.

Foreign Ministers from the United Arab Emirates, Morocco, Bahrain are holding a summit in Israel along with Israel’s foreign minister and the US foreign secretary Antony Blinkin. They are expected to discuss the Iran nuclear deal, among other regional and international issues.

The Palestinian leadership along with all Palestinian political parties have conmdened the more emboldened Arab normalization with Israel at the expense of the Paelstinians, some branding the Naqab summit as “the meeting of shame.”

It is unclear whether the Hadera attack is directly linked to the summit, but it certainly reflects growing frustration among Palestinians who feel more betrayed by their Arab neighbors than ever before.