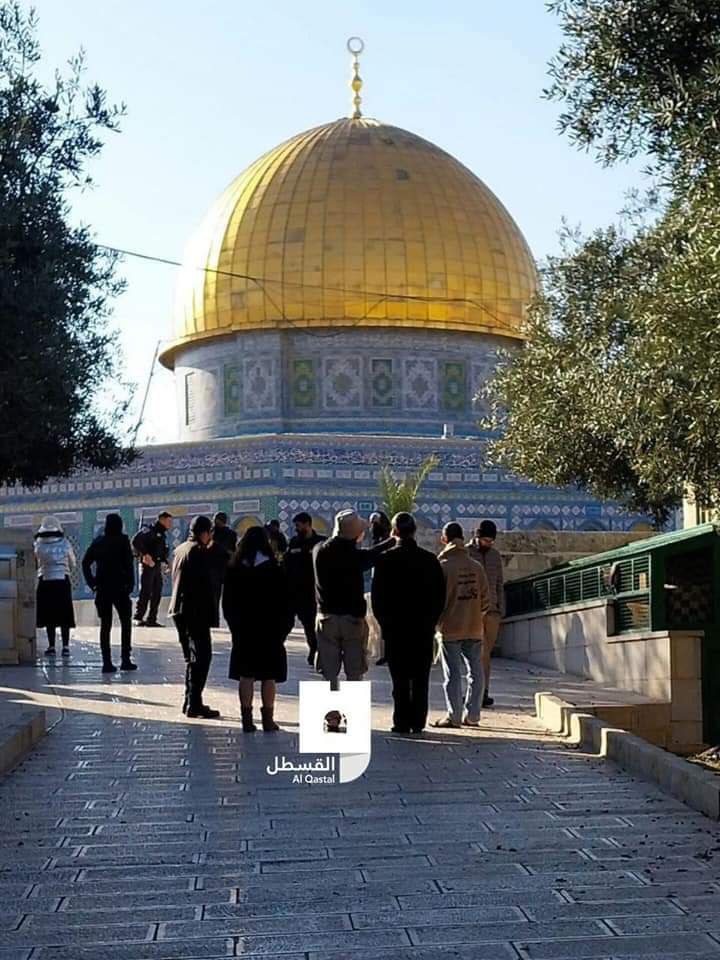 Dozens of colonial Israeli settlers broke into Al-Aqsa Mosque in the occupied city of Jerusalem while being backed by well-armed Israeli occupation forces on Tuesday.

Among the settlers was extremist Israeli rabbi and former Israeli member of the Knesset, Yehudah Glick.

The settlers broke into the holy site through the Al-Mughrabi Gate, one of the Gates of the Old City of Jerusalem and is under full-Israeli control, and left it through the Al-Silsila Gate.