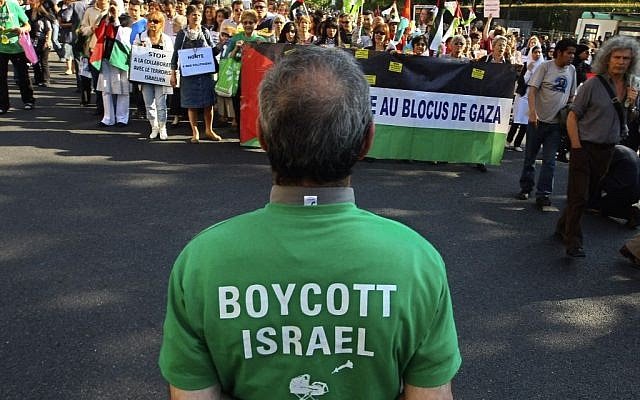 He said this came in “accordance with the instructions of the President of the Republic.”

Darmanin also claimed on Twitter, “As detailed in the executive order I presented, it called for hatred, violence and discrimination.”

On Feb. 25, Darmanin tweeted that “at the request” of President Emmanuel Macron, he would move to dissolve both of the two pro-Palestine groups

The interior minister included a link to a news report from Europe 1 with more details about his action.

“Under cover of supporting the Palestinian cause, the government accuses the groups of promoting hatred of Israel,” Europe 1 stated.

Citing Darmanin, Europe 1 said that he banned Palestine Vaincra for “calling for hatred, discrimination and violence.”

France also accuses it of ties with the Popular Front for the Liberation of Palestine (PFLP).

PFLO is a political party and resistance organisation that ‘Israel’ and France view as “terrorist.”

Darmanin also accuses Palestine Vaincra of claiming that Muslim people around the world are oppressed by “imperialism and world Zionism.”

Moreover, Darmanin accuses it with “spreading the idea of there being Islamophobia at a global level.”

This is “for the liberation of all of Palestine, from the Mediterranean Sea to the Jordan River.”

France banned Comité Action Palestine for “relaying communiques from Hamas and Islamic Jihad in Palestine and of Hizballah [in Lebanon] and for reporting on their actions.”

Comité Action Palestine describes itself as a group that “works for the realization of the national rights of the Palestinian people.”

Europe 1 noted that last year, the Macron administration banned two organization, CCIF, a group that combats discrimination against Muslims, and BarakaCity, a Muslim charity, accusing them of “separatism.”

This move is the first time the French government dissolved organizations specifically focused on Palestine.

During Israel’s May aggression in Gaza, France banned a pro-Palestine rally and arrested Bertrand Heilbronn, the head of the activist group Association France-Palestine Solidarité.

The decision to ban the two Palestine solidarity groups was announced on the day President Macron was due to address the annual gala of CRIF.

But with the unfolding crisis in Ukraine, Macron decided to send his Prime Minister instead.

At the gala dinner of CRIF, Jean Castex said Macron rejected the finding by several major human rights groups that ‘Israel’ perpetrates the crime of apartheid against the Palestinian people.

“It is not acceptable in the name of a just struggle for liberty that organizations misuse historically charged, shameful terms to describe the State of Israel,” Castex said.

The Prime Minister was reading a speech that Macron had planned to deliver in person.

“How dare anyone speak of apartheid in a state where Arab citizens are represented in the government, parliament and occupy positions of responsibility and leadership?” Macron’s speech states.

This month, Amnesty International joined Human Rights Watch and Israel’s B’Tselem in concluding that ‘Israel’ perpetrates apartheid against the Palestinian people as a whole.

Amnesty said in the new report that Israel’ is carrying out “the crime of apartheid against Palestinians” and must be held accountable for treating them as “an inferior racial group”.