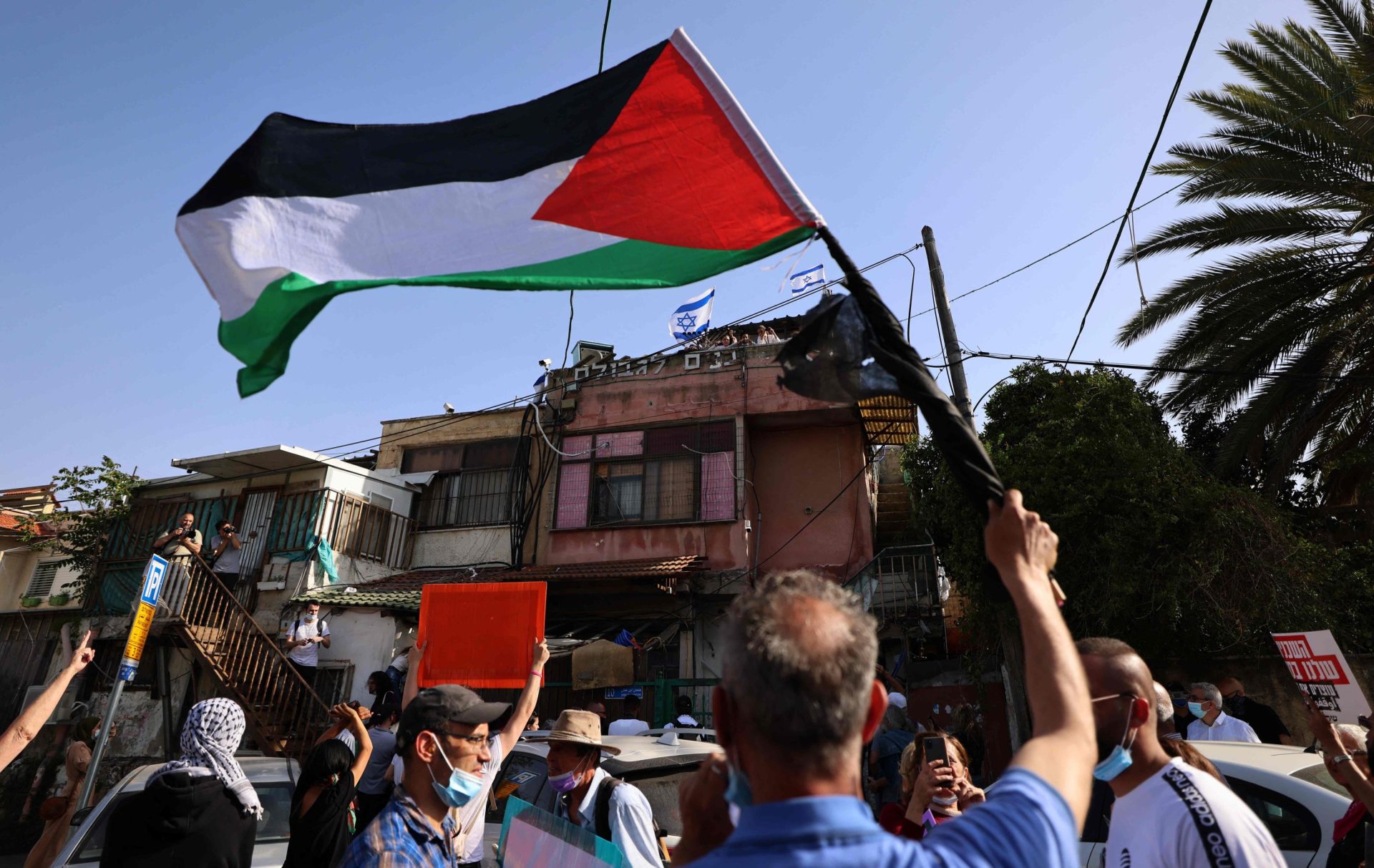 Occupied Jerusalem – Israel’s Supreme Court has ruled that a group of Palestinian families slated for forced displacement from occupied East Jerusalem’s Sheikh Jarrah neighborhood can remain in their homes for now.

On Tuesday, the occupation court ruled that the four Palestinian families, Jaouni, Al-Qasim, El-Kurd and Iskafi, could stay in their own homes until ‘Israel’ carried out a so-called land arrangement, a process that could take years or may not be carried out at all.

“The decision of the Supreme Court today cancels the forced displacement while the issue of ownership is decided,” he noted.

The ruling is a culmination of a decades-long struggle for Palestinian residents to stay in their own homes and could work to ease tensions in Sheikh Jarrah and other neighbourhoods, where protests and confrontations last year sparked the 11-day Israeli aggression of Gaza.

In August 2021, the four families refused a “compromise” proposed by Israel’s top court, in which they would be recognised as protected tenants in exchange for recognising Israeli ownership of their homes.

For decades, courts have held that Nahalat Shimon, the Israeli organization seeking to forcibly displace the four families, was the owner of the land.

Now, the new ruling leaves the final status of the property open to a decision by an office within Israel’s Ministry of Justice, said Gaal Yanovski, advocacy coordinator at Ir Amim, a Jerusalem group opposed to settlements.

In the meantime, the Palestinian families will deposit an amount of rent — NIS 2,400 ($740) per year — in a bank account belonging to both sides’ lawyers. If the occupation Justice Ministry rules against them, the funds will be transferred to Nahalat Shimon.

“From the 1970s until today, the courts have always held that the Jewish organizations were the owners. This is a very positive development,” said Irsheid.

On Wednesday evening, following the Court’s ruling, the Israeli occupation forces closed entrances of Sheikh Jarrah in order to secure a march organised by Israeli colonial settlers in the neighbourhood. The settlers marched to demand the implementation of the Israeli occupation government decision to forcibly displace the four Palestinian families and other families from their homes in the neighborhood.

The Israeli forces closed the neighbourhood with steel barriers and deployed more armed personnel at the checkpoints. They also assaulted Palestinian residents and solodarity activists there.

Sheikh Jarrah has been cited as one of the most issues that sparked attention and condemnation around the world, as several countries slammed Israeli occupation forces and settlers violence against Palestinians in the Sheikh Jarrah neighbourhood and Israeli forced displacement of families from their houses as dozens of Palestinians are facing imminent forced displacement from their homes, in a move to force them out and replace it entirely with an Israeli settlement.